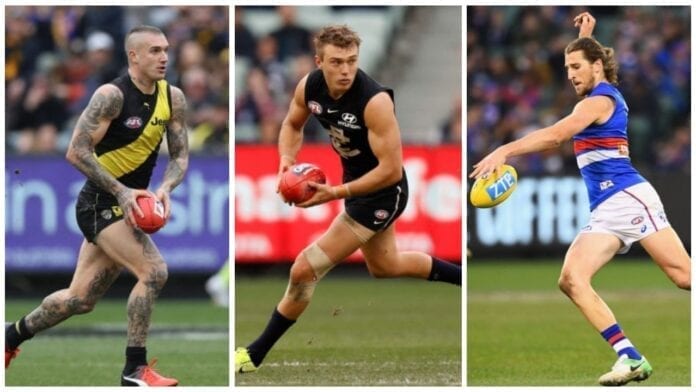 With the 2021 season on the horizon and pre-season matches just a month away, it's time to reflect on who are the best mids in the game.

Here are the top ten middle-men in the competition.

The TEN best defenders heading into 2021

The TEN best ruckmen heading into 2021

The TEN best forwards heading into 2021

The Saints were one of the most exciting teams to watch in season 2020, and at the core of it all was 25-year-old midfielder Jack Steele.

The ex-Giant was huge for Brett Ratten's boys, taking out their best-and-fairest and guiding them to their first finals win in almost a decade. Steele was a tackling machine, being ranked fourth in total tackles, whilst also posting outstanding numbers in contested marks, pressure acts and contested possessions per game.

Jack Steele had a superb year for @stkildafc, with a handful of performances much like this one back in round 10 against this Suns. pic.twitter.com/EbPSjVoa2B