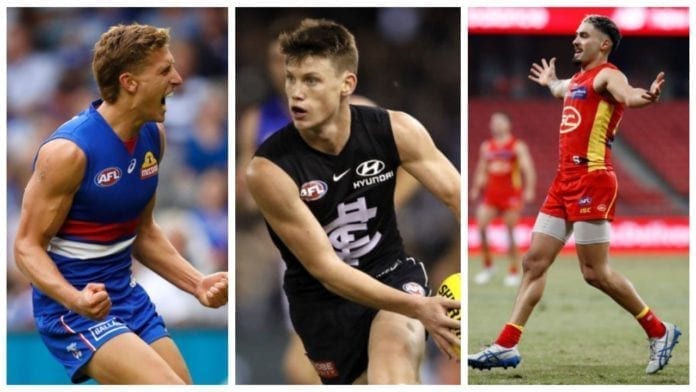 The AFL is flooded with exciting, young talent in 2020 as players in their first few seasons of the league already steer the ship for their respective clubs.

The league’s 22under22 squad was released this week, reigniting the debate of which young gun is the hottest property across all 18 clubs.

We’ve taken into account all the players currently eligible for the squad and have listed our top 10 players to build a team around – taking into consideration position rarity, form and potential.

It’s hard to believe ‘the Bull’ is only 22-year-old with how mature and dominant he is within the Greater Western Sydney engine room. Taranto has been able to step onto the level of fellow midfield guns Josh Kelly and Lachie Whitfield, averaging close to 20 touches, four tackles, four clearances in shortened quarters.

Perhaps not the face of the Giants, but this kid holds plenty of room to grow as a candidate for the club’s next captain. A name rising through the stocks in Western Sydney.