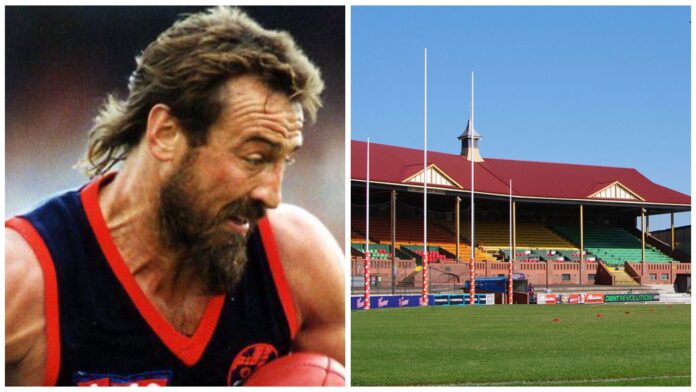 Football was never foisted upon me during my childhood, but rather I on it.

As the offspring of Kiwi immigrants, I was never tethered to a team at birth, nor was I sent to sleep with recounts of long-gone glories and the heroics of now gray-haired legends.

Instead, like Jimi Hendrix with his upside-down Stratocaster, my understanding of this country’s indigenous code was largely self-taught.

Despite offering me a scarcity of expertise herself, aside from the fact that Geelong had "nice jumpers", my thirst for knowledge was guided willfully by my librarian mother who provided me unfettered access to the many tomes that lined the shelves of the several branches she earned her crust in.

Across my Auskick years, I would sit cross legged on the floor or bolt upright in bed and pour through the words of the footy literate and stare unbrokenly at the glossy images that accompanied them.

These pictures of cups raised, medals won, and deeds done allowed me to understand the benchmark of the champion. This constructed criterion allowed me to became familiar with those that assailed the summit of my native Victorian competition, as well as those that reached similar heights across borders made of land and sea.

Although names like Russell Ebert, Fos Williams, Neil Kerley and Barrie Robran became those that I could rapidly pick out of a line up, my suburban Melbourne upbringing left me with a dearth beyond this attempted murder of Croweating champions. 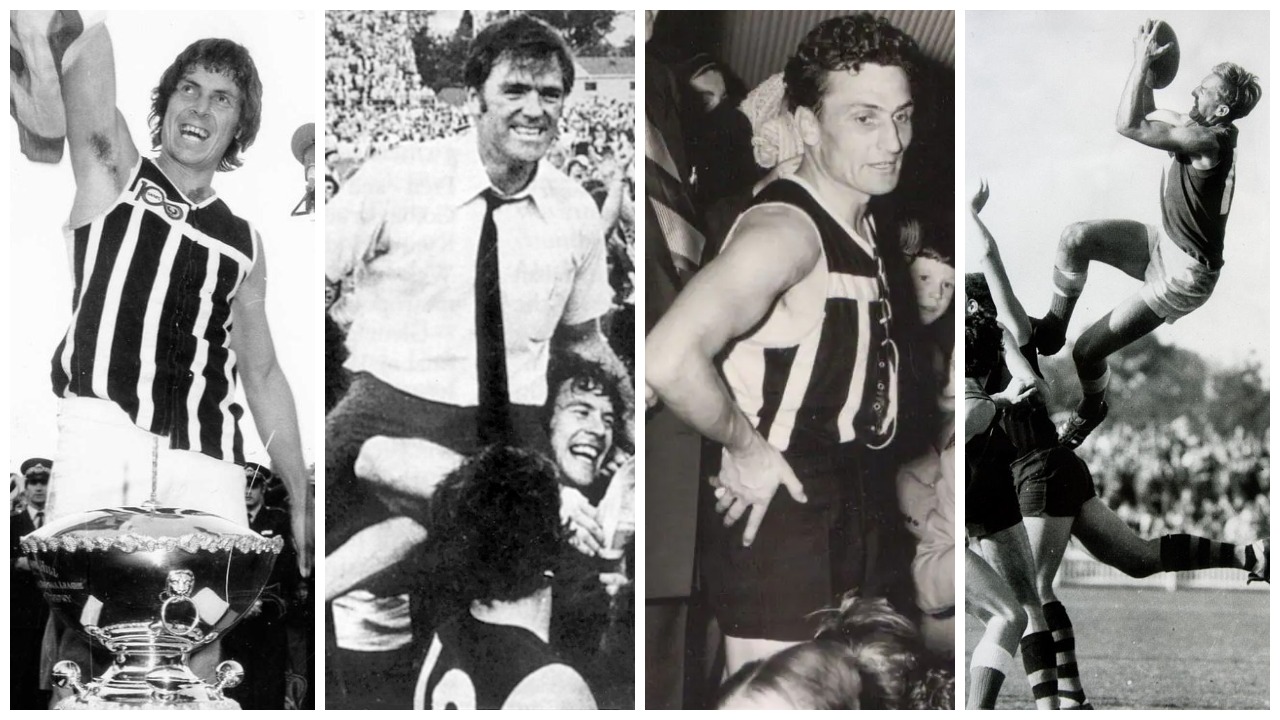 As my childhood desire remains unquenched to this present day, many of these previously stark gaps in the rich chronology of the South Australian competition have started to fill, including the understanding of who and what Garry McIntosh means to those that pray at the Parade.

Possessing a career that spanned 17-seasons for Norwood, the man from the city of churches ended his playing days in red socks after a pair of club best and fairests, Magarey Medals and premiership flags, as well as a trifecta of Fos Williams medallions and the games record at what is now known as Coopers Stadium.

With these eternal achievements more than meeting the markers of success I had laid down as a five-year-old, the Australian Football Hall of Fame last week agreed with the kid who went everywhere in his St Kilda jumper and finally invited ‘Macca’ to join the names that adorn the Hall's walls that sit within the bowels of the Melbourne Cricket Ground.

However, for the second time in his life, the half-forward-come-rover turned down this patently Victorian invitation.

After refusing to hop across the eastern border to join North Melbourne in the early eighties, it was then that the man that shares a follicle style akin to a long-haul trucker had first proven his allegiance to his home state.

29 years later, McIntosh doubled down on his loyalties by claiming that he would prefer not to become the 310th player awarded Hall of Fame status by a league his talents had never graced.

In a book released during the year of my birth, the at times ruthless Redleg was described as holding a fidelity to the team that lured him down the A11 that was as strong has his redwood-esque struts. “He is not driven by the prospect of fame and fortune, but by a deep and abiding love for his club,” South Australian journalist Mike Coward wrote in his 1993 work ‘Men of Norwood’, as was recounted by The Age’s Greg Baum last week.

“He is a loyalist who will not be compromised and cannot be bought.”

AFL chairman Richard Goyder echoed this still apt appraisal last Monday when he claimed that the 57-year-old had turned his back on their advances due to never once playing the game for personal accolades.

Watching the coverage of the annual event on Fox Footy, I was taken by this humble response.

Garry McIntosh's reasons for declining his richly deserved Hall of Fame honours were about as heartfelt and honest as humanly possible. #AFLHallofFame @NorwoodFC

With a familiar dehydration creeping back in, I knew answers would be required to tame to it.

My caffeine fuelled surfing to find the true man behind the repudiation began by trawling through videos, newspaper articles and grainy versions of The Budget, but with only an outline of McIntosh coming into focus, my itch required further abrading.

Two-days later as I flicked through Norwood’s twitter account, I fortuitously found that the man himself would be filling in the blanks that very night on local radio.

A special guest has been added to the Redlegs Radio line-up tonight!

A Club Legend, games record holder and even more of a LEGEND now, the great Garry McIntosh joins us on the show TONIGHT! #WeAreNorwood pic.twitter.com/lkymzolpWw

Having switched my band over to draw in waves struck west of Karoonda, the silhouette of a man whose talents I had never seen in the flesh began to take colour.

When quizzed about why he steadfastly turned down the opportunity to enter the edifice of the game's elite, the once mulleted competitor offered a response as direct as a multitude of his left-foot attempts at the sticks.

“Richard Goyder rang me and [told me] that they’d put me up and [asked] whether I would accept,” McIntosh told SEN SA’s Redleg Radio.

“I said to him ‘No’ and went through the reasons why and just told him ‘I never played in the AFL/VFL’.

“It wasn’t something that I thought was for me.”

My initial view of a man whose ethics belonged to a by gone era were confirmed, as McIntosh humbly, and erroneously, explained that it was fortune rather than skill that had seen him invited for esteeming.

“In some way, I feel an attachment to the SANFL and the Norwood Hall of Fame,” he continued.

“But still by the same token, most of the time the way you get into those things is by the luck of longevity really.

The keen angler then signed off by confirming the word from AFL House.

“Individual awards are never something that’s been a consideration,” McIntosh said in finality.

“I love playing the team game, and for me, that was all about playing with your mates and that was where the most enjoyment came from – having success with all of those blokes.”

Having steered Norwood both on-field and in the coaches box across a period spanning three-decades, McIntosh was never in need of this latest accolade to vaunt his reputation on Woods Street. 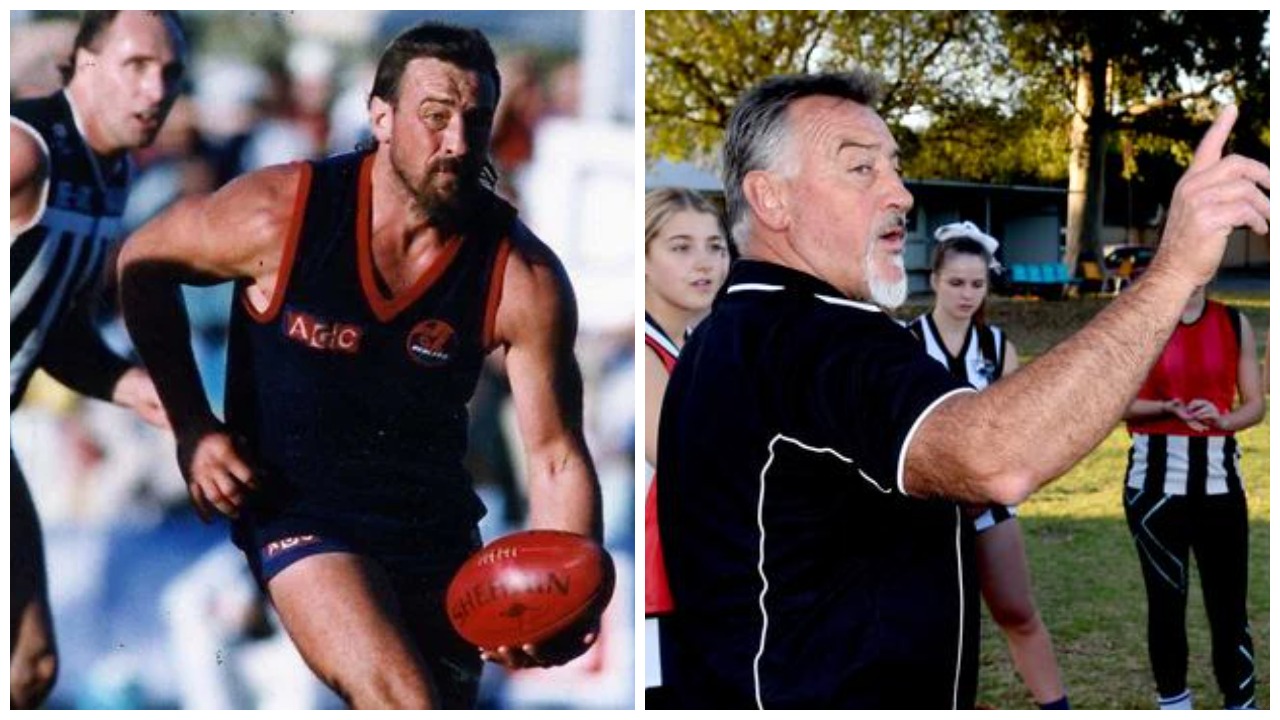 And after 12-apperances in a variety of South Australia’s famous representative guernseys, the same must be said for his status across the length and breadth of the state.

In this contemporary age of boot sponsorships, eye watering contract figures and clubs still singing about strives towards glory and fame, the Hope Valley product who sits just a whisker away from his diamond jubilee remains an unflinching symbol of a simpler time.

And as the consummate Croweater wanted no part of the bigger picture last week, it will forever be the Parade, and not a stadium in a foreign city, that will hold his heart and honour his achievements for eternity.

As will be manifestly clear to anyone that had the privilege of seeing any of McIntosh’s 388-games for club, state or country, there are many better hands to have paid praise to the wisecracking hardman than mine.

The closest I have ever come to attending a game at his old stomping ground was the day after a Friday night on the Adelaide Oval hill in 2017 when I overslept in a rolled-up carpet like a mob victim and opted for hangover relief in the form of a food court kebab rather than further libation on the scoreboard side terrace.

Still, an admission of ignorance should never be seen as detrimental if one is willing to educate themselves in the aftermath - even if my efforts to work towards the football that afternoon were of a far inferior quality to those routinely dished up by Garry.

I may never have been afforded the chance to see McIntosh ply his trade live at the peak of his powers, but rest assured, a visit to his former office to imbibe on a green can or two is on the menu once we Victorians can stray further than our mailboxes.

So, if you see an out of proportion Simon Tregenza doppelganger standing alone on the outer wing next season, extend a hand and your tales, as your local pale ale won’t have satiated this out-of-towner's polydipsia for details in the slightest.