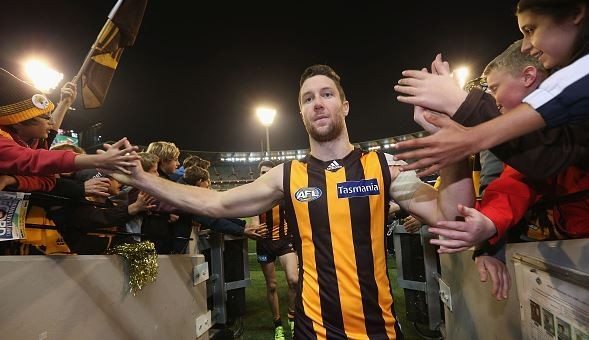 Premiership Hawk James Frawley is coming out of retirement to play for St Kilda.

As first reported by AFL Media’s Mitch Cleary, the 32-year old will make an AFL comeback for the Saints in 2021.

When he announced his departure for Hawthorn in October he was officially classified as ‘delisted’, meaning he can join St Kilda as a delisted free agent.

“It’s obviously a huge honour to play for the same club as Danny, and I feel he would have been immensely proud to see me in the St Kilda colours,” Frawley told saints.com.au.

“While I was content with retirement, after speaking to James (Gallagher), Brett (Ratten) and Simon (Lethlean) about their plans for this group and what they’re building, I couldn’t resist being part of it.”

The 32-year-old adds plenty of strength to the Saints’ defensive stocks, with Dougal Howard, Jake Carlisle, Callum Wilkie and Dylan Roberton all fighting for a place in Brett Ratten’s back third.

The veteran has played 239 AFL games for the Demons and Hawks since making his debut in 2007.

Official: The Frawley name is returning to St Kilda.
Hawthorn premiership defender James has made a stunning career backflip @AFLcomau