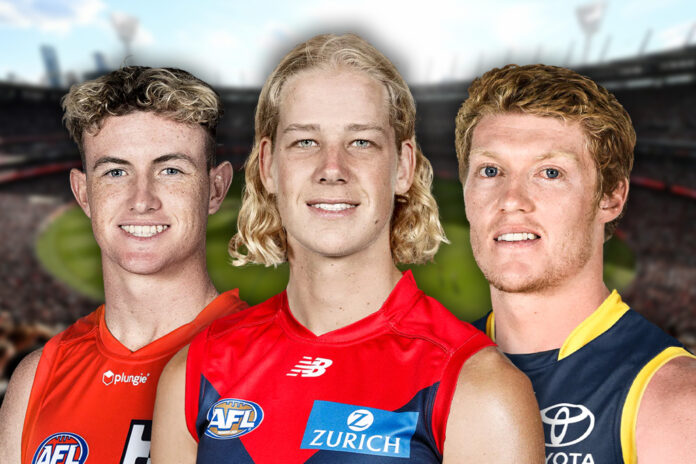 The 2019 National Draft has already provided a plethora of exciting talent, with many quickly rising to prominence or reaching star-of-the-competition status just a few years into their careers.

As with any AFL draft, there were players taken highly in 2019 whose careers haven't quite panned out to date, however, there are also plenty of later picks who have made meteoric rises to stardom.

For context, these were the original first 18 draft picks in 2019:

Note: all matched bids for Academy and Next Generation Academy prospects in this re-draft are based on what we know about how those players' careers have panned out, to date.

So, without further ado, here is the 2019 National Draft, re-done.

After a failed bid on Brisbane Lions Academy prospect Noah Cumberland at No. 17, the Cats capitalise on great value in the form of Harrison Jones.

Being mentored on forward craft by the likes of Tom Hawkins isn't a bad way to help grow your career.