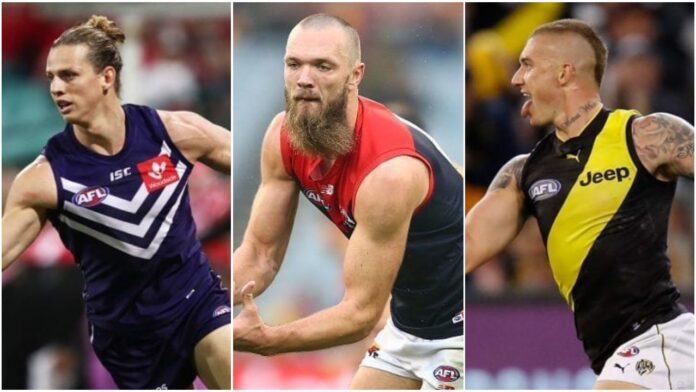 The 2009 AFL draft has become famous for Melbourne having the first two picks and not selecting Dustin Martin.

In hindsight, it couldn't have been known the player Dusty would become, but this draft is one of many that saw the Demons use top picks for players that did not reach their potential.

However, they did select one player later on in the draft that they most definitely won't regret, more on that later in the piece.

With only two of the original names making the updated list, check out what the top 10 would look like if teams were to re-draft today.

The recently retired Astbury was drafted at pick 35 by Richmond and would go on to become an important part of the Tigers' three recent flags.

A poor start to his career due to injury saw him only manage 24 games in five seasons. The 155-gamer eventually settled down back in 2016 and became a regular in the side.

His performances in all three premiership wins were outstanding. In 2017, he kept Adelaide's Taylor Walker goalless until late, when the game was out of reach.

In 2019, the veteran led a defence that kept GWS to 25 points, the lowest in a grand final since 1960. He also kept his various opponents disposal-less, including Jeremy Finlayson, who finished with only one touch (not on Astbury).

Finally, in 2020, he began the match as a relief ruck before going back to defence mid-match, where he kept Tom Hawkins to one goal.