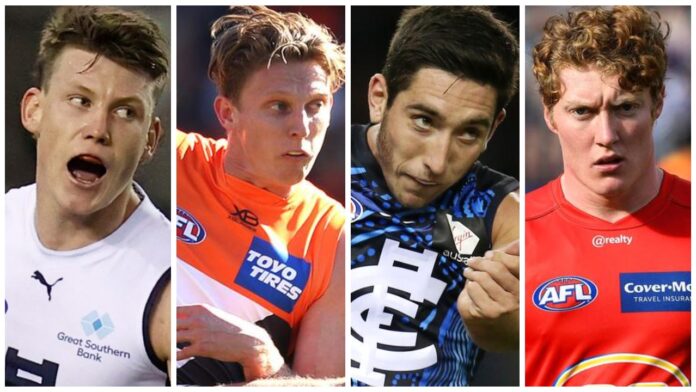 Getting taken at number 1 in the AFL draft comes with its pros and cons. It serves as an honour to be recognised as the best player in your draft class, but that also comes with extra pressure to perform at a high level on a consistent basis.

These players listed below were able to channel that duress and either become wildly successful players in the AFL or lay an obvious platform or things to come.

With only a month to go until the draft, the buzz surrounding the consensus first cab off the rank in Jason Horne-Francis is almost at its crescendo.

RELATED: "I can make an impact straight away': Horne-Francis speaks on looming Roos selection

Should the hype prove to be real, you can expect the South Australian's name to be up in lights on lists like this within the very near future.

Weitering was selected by Carlton in the 2015 draft as a key defender from the Dandenong Stingrays. Since then, the 23-year-old has become a pillar in the Carlton defence in what has been a somewhat tumultuous period for the club.

The Victorian was unlucky to miss out on an All-Australian selection in 2021, but don't be surprised if he moves up this list in the near future.