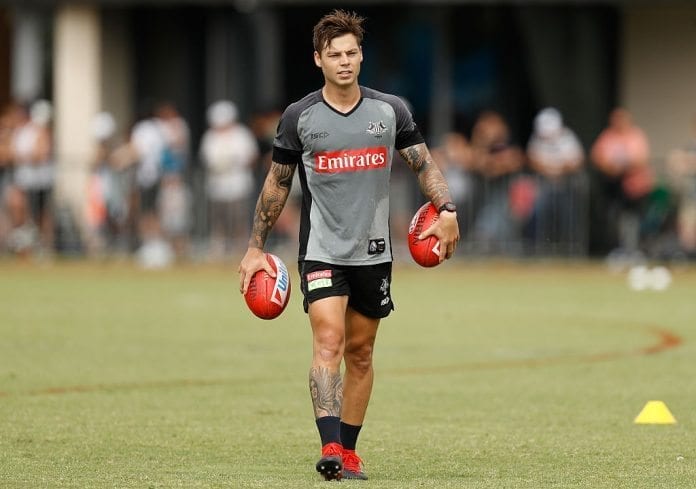 UPDATE: Collingwood can breath a sigh of relief, with star forward, Jamie Elliott avoiding serious injury following a scare at training on Monday.

Scans on Monday afternoon have confirmed Elliott has a minor ankle sprain and will miss a few training sessions to allow the injury to heal.

The club was fearing the worst earlier in the day, after he limped off the training track early following a knock to his ankle in a five-on-five training drill.

The 24-year-old took no further part in training and was taken straight for scans.

It is a rare piece of good news for Elliott, who missed the entire 2016 season due to a persistent back injury.

Jamie Elliott update: @elliott_jw has a minor ankle strain. He will miss a couple of training sessions but no major concerns #gopies pic.twitter.com/BXPSXN30Rv

Elliott played the first half of the JLT Community Series match against Essendon on Thursday night, his first game of senior football in 18 months.