The Collingwood Magpies have confirmed their plans to take on the captaincy role for the remainder of the season.

The 'Pies will be without current captain Scott Pendlebury for the remainder of the season after he fractured his leg against Port Adelaide last weekend.

It's been one disaster to the next this season for Collingwood, who are currently just two points ahead of Hawthorn and North Melbourne, who are only split at the foot of the table by percentage.

RELATED: Eddie's drastic plan to save the AFL Grand Final

It's understood Pendlebury is close to agreeing to a one-year extension to stay with the men in black and white, however, he has previously said he may step down as captain.

With the wooden spoon still a very real possibility for the club, they will be out to change fortunes over the next three weeks.

With three vice-captains named in the team once coached by Nathan Buckley, they will split duties over the final four rounds of the season.

Steele Sidebottom has been named captain for this weekend, with the club confirming Taylor Adams and Jeremy Howe will also both have a crack it over the coming weeks as the club begins to prepare for 2022. 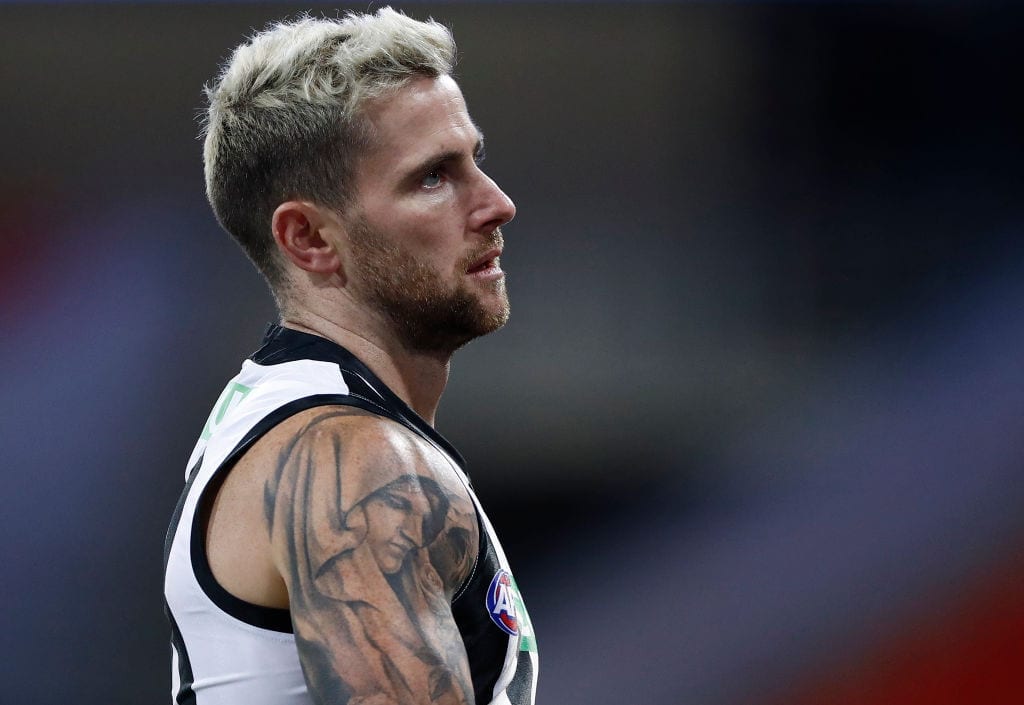 Howe will play his first game this weekend since Round 5.

The Pies will host the Eagles this Saturday at the MCG, with their final three games to follow against Hawthorn, the Brisbane Lions and Essendon. It is unclear if venues for those matches may be forced to change from currently listed locations due to the impact of coronavirus and lockdown.

Meanwhile, a number of Collingwood players remain uncertain as to their contract status for 2022, as the Pies football department continues to feel the salary cap squeeze, while defender Brayden Maynard has reportedly called off talks on an extension until the next Magpies' coach has been announced.