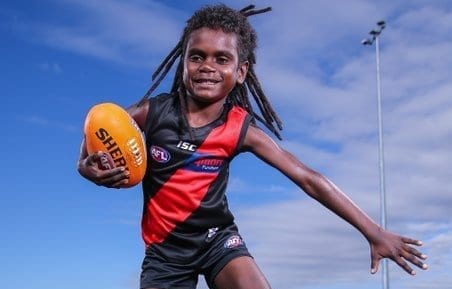 The NAB has announced their new Mini Legends for 2019, with five young kids replicating their AFL heroes in the new campaign.

McDonald-Tipungwuti was played by his second cousin Albert, while the four others were portrayed by Jake, Koby, Alyssa and Grace respectively.

Houli spoke to the Herald Sun regarding his mini legend, and said young Jake was thrilled to be given the opportunity to play is idol.

“I was pumped to see how the young fella was going to look and they did an amazing job,” Houli said.

“The beard was probably the toughest part. I was checking him out and I couldn’t fault it.

“It was like looking at my future son, if I have one, but I’m tipping he probably wouldn’t have the beard at that age.”

The new Mini Legends TV ad will debut on screens on Friday.

OPINION: No reason to be shocked by Essendon’s win-loss record