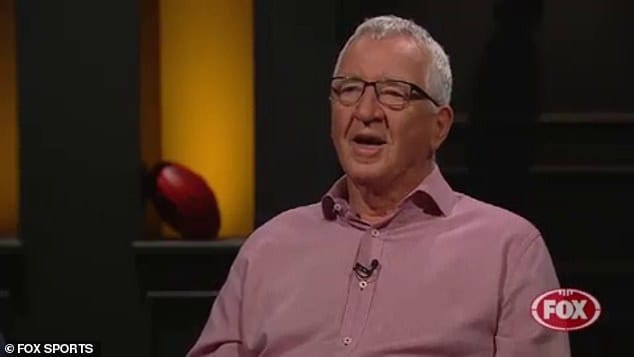 AFL journalist Mike Sheahan has quit the You Cannot Be Serious podcast podcast with Sam Newman and Don Scott.

It comes after last week's controversy, where the trio questioned the true meaning of Nicky Winmar's iconic stance against racism in 1993, saying the image was taken out or context.

Sheahan said in a video: “I’ve had fun, it’s been good.

“But time to just sail off into the sunset.”

Geelong great Newman tweeted: “This is the swan song for magic Mike. He’s bailed. His bases got to him and they’ve said why are you associating with this clown, and me, and he’s out. So it’s just Don and I chatting about the affairs of everything.”

Sheahan expanded on his exit in his final appearance on the podcast, citing the fallout and criticism from the Winmar remarks.

“I’m not as accustomed as you to the fallout and the public scrutiny so it’s shaken me a bit,’’ he said.

“The thing that worried me most is I definitely did hurt some people who I regard as football friends. Indigenous people, indigenous players, who I have a healthy relationship with, they were hurt and angry. Adam Goodes rang me and was clearly hurt and a little angry about what I’ve said. Mick O’Loughlin and I spoke.

“I don’t like unnecessarily hurting people. I’m speaking for me here. I think I see myself through their eyes as attacking an Aboriginal monument in football. I genuinely feel they were hurt by what I said.

Newman and Scott will continue to appear on the podcast.