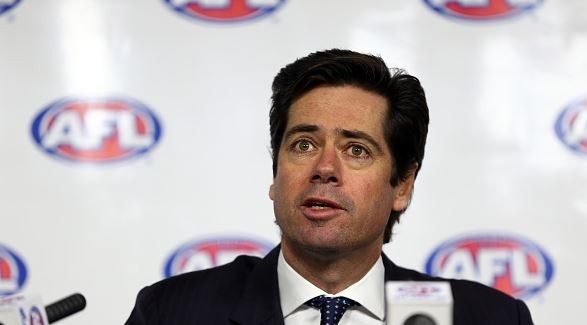 AFL CEO Gillon McLachlan says the AFL Women’s matches will remain free, despite the overwhelming popularity of the competition.

Over 50,000 fans took advantage of free entry in the opening round, with over 24,000 turning up for the first match between Carlton and Collingwood at Ikon Park.

McLachlan told 3AW despite the popularity, the games will remain free entry for the remainder of the first season.

“There’s such an appetite from the football community, particularly women, who’ve never had the opportunity to play at the elite level.”

“Everyone’s exited, there’s just an energy here about the opportunity and we’re certainly not going to stifle that in anyway.”

McLachlan said they were also considering whether to relocate this Saturday’s Collingwood-Melbourne game to a larger venue.

“We’re going to look at other venues, there’s some challenges with Victoria Park and I’m not sure it can hold more than 8000 people,” McLachlan said.

“I know there’s an opportunity to potentially move it to Ikon park and do a double header. We’re looking at all the options now…. We’ll make an announcement this afternoon.”

Eddie McGuire was trying to restore his legacy yesterday… but he...

The leading contenders for the 2021 wooden spoon

Troubled Adelaide forward Tyson Stengle to train with SANFL side