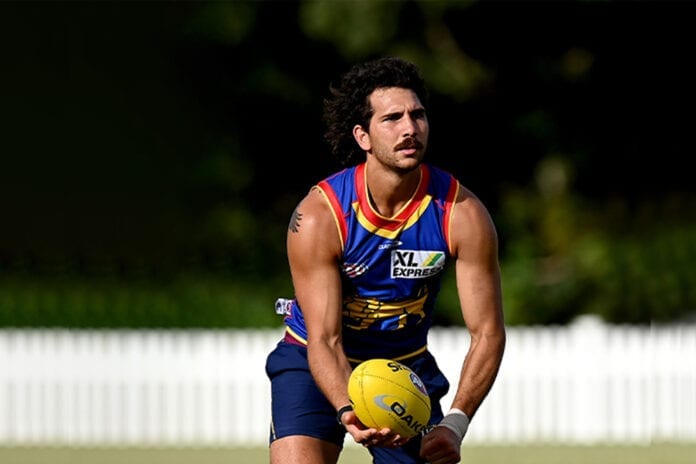 Brisbane's Nakia Cockatoo has reportedly suffered a minor setback in his return from an injury, according to Lions CEO Greg Swann.

Speaking to Sportsday, Swann confirmed that, despite playing for consecutive weeks in the VFL, Cockatoo felt some "awareness" during last week's game against Southport early in the game.

This is Nakia Cockatoo summed up in a single moment. Tantalising power, pace and instinct, but unable to get there. Who knows how it could have been if we could have gotten him on the park the last few years. https://t.co/IxfjbmLTCM

Opting for a more conservative approach, Swann stated that both the Lions and Cockatoo were in agreement that resting him from any form of football this weekend was the best course of action.

"He played five VFL games in a row, which is almost a record for him in the last few years" Swann said.

"Early in the game last week, he had a little bit of awareness. The scans were ok, he hasn't torn anything, but he was just a bit conservative himself.

"We have a VFL game on Friday and he won't play that, but he should be right for the week after so it's a minor setback.

"He had strung five games together and was just starting to get his groove back, he just needs to get a bit of confidence back into his body before we can put him into the senior team." Swann stated.

Coming off a big win against the Cats last night, there would appear to be no reason to rush the unlucky former Geelong player into the AFL side. Brisbane's VFL side will take on their Cats counterparts Friday morning at South Pine Sports Complex.