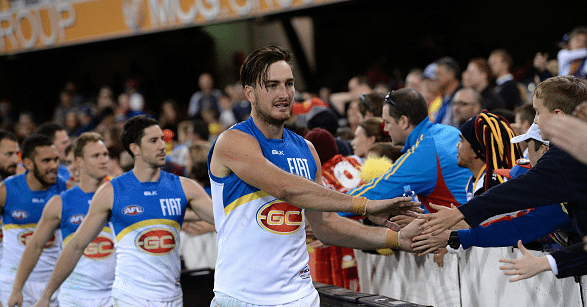 As predicted for much of the season, Gold Coast forward Charlie Dixon has requested a trade.

Dixon told the club of his desire to be traded after last night’s loss to Sydney at the SCG, with Port Adelaide believed to be his desired destination.

“To leave the Suns is the hardest thing I’ve ever done. The club has been a massive part of my life and I appreciate enormously the opportunity they gave me to play in the AFL,” Dixon said in a statement.

“It’s been a decision that has weighed heavily on my mind in recent times and it was not taken lightly. But I just feel a fresh start is the best thing right now for my football career.”

The Suns said that they will do everything they can to ensure Dixon gets to his club of choice.

“We have had continuous discussions with Charlie’s management for some time and all parties have arrived at the same conclusion … that a fresh start for the club and the player is the desired outcome,” football manager Marcus Ashcroft, said.

“Charlie has identified a club of choice and his management will now work with that club to explore the possibilities of an appropriate trade during the exchange period.”