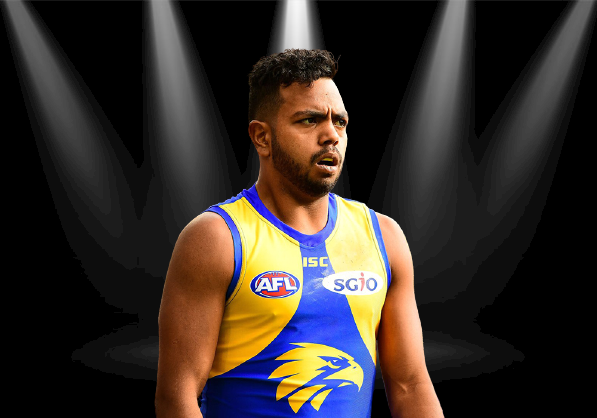 The 25-year-old Eagles forward plead guilty to drug possession after being caught with 25 grams of cannabis at Darwin Airport in April, less than two years after tampering with a urine sample which has kept him out of the game since late 2019.

"From a coach's point [of view], the burden of cuts in the game and financial adjustment has fallen squarely on the coaches and it does seem unfair", Lyon said.

Tom Boyd and Jonathan Patton headline the recent list of players whose careers have been cut short due to personal battles with mental health and mental illness, and much-maligned players such as Rioli could be next if they are not supported well enough by their institutions.

SEE ALSO: The doom and gloom Hawk talk is premature

As has been well-documented in recent years, mental illness and discussions about mental well-being have become integral aspects of the modern landscape, which is why action must be taken to ensure clubs are well-equipped to take adequate care of their players.

Just this week, Bombers live-wire Irving Mosquito took indefinite leave from the club due to homesickness and struggles coping with long-term injury rehabilitation.

Last season, Tigers phenom Sydney Stack was banished from the club's Gold Coast hub and spent months away from the team after an altercation outside a Gold Coast strip club, and later once again found himself in COVID-related distress after breaching Western Australia quarantine policies.

The 'cuts' Lyon alludes to are arguably affecting clubs' ability to properly support their players' mental health and well-being.

"I think you'll start to see a flow-on effect for lack of pastoral care, support education, time with them mentoring, and we'll see more incidents because they're young men growing up in the public spotlight and we know the media is not going to miss anything", Lyon added.

With the league and its clubs starting to recover from the financial and emotional turmoil of 2020, it is time that the AFL seriously considers Lyon's proposal.