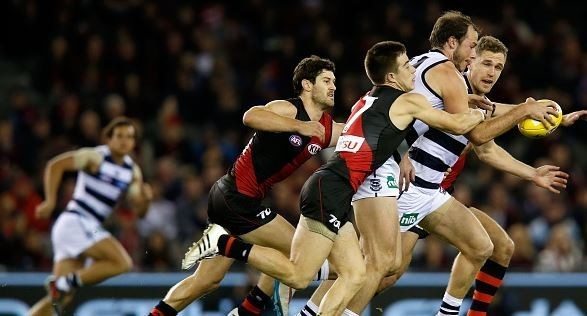 The Cats will face off against Essendon in the AFL’s first ever Country Game next season, rivaling the likes of Anzac Day and Dreamtime games.

Starting in 2016, both teams will play an annual Country Game to honour farmers on a Saturday night at the MCG, with the first to take place in round four next season.

Geelong and Essendon will also play a NAB Challenge match in a regional town each year as part of the Country Game program.

“We should celebrate the history of agriculture and farming to Australia’s economy, as well as the people who live and work in these regional towns.

“Country and regional towns have also made a massive contribution to our game. Some of the competitions’ greatest players grew up kicking a Sherrin on the various dairy farms, sheep stations and dusty towns at the back of nowhere.

“I have no doubt this could be the next big blockbuster game on the AFL calendar. [It’s] about saying thanks to those tiny towns across Australia who ‘punch above their weight’.

“A full MCG would send a very powerful message to those on the land who are doing it tough.”