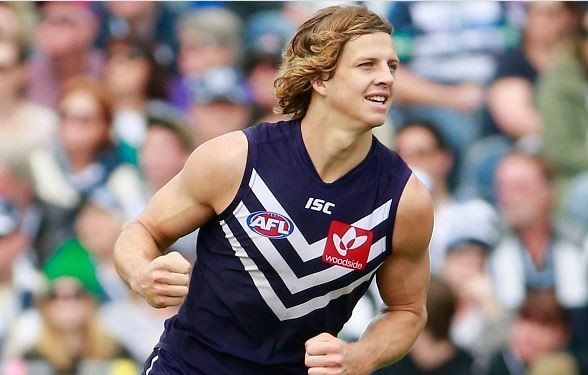 The 2015 Brownlow Medalist is out of contract at the end of the season and speculation has been mounting that he could leave the dockers.

However, in an interview with SEN Breakfast this morning, Fyfe said he sees his future at Fremantle.

“Speculation is only natural given that I haven’t signed a contract yet, but I’ve stated all along that I see my future being with Fremantle,” he said.

“I’ve always signed my contracts in the mid-to-late part of my last year of the contract and that was always going to be the case.

“The captaincy doesn’t change anything in that regard. I look forward to captaining Freo this year and want to play my football with Freo.”

Since the introduction of free agency in 2012, some of the AFL’s biggest names have had to endure the constant speculation surrounding their contract situation.

Given Fyfe’s intention to wait until mid-to-late part of the year to sign a new deal he will have to tolerate intense media scrutiny. Fyfe said he is comfortable in doing so.

“I’ll monitor it closely and if I feel at any point that its affecting me, or more importantly the team or the club, then I’ll look to do something pretty quickly,” he said.

“I saw how Patrick has handled it – and other players have handled it – there is an element of motivation that you do draw out of the chaos that goes on with that speculation.

“If you can turn it into some positive fuel to play better footy, then I’m all for it.”

Fyfe’s appointment as Fremantle captain raised a few eyebrows in the football world, with fellow senior midfielder David Mundy only holding the title for one season.

It was a strange decision to change after just one year, but it made sense according to the Dockers’ new leader.

“When we went into season 2016, we had six or seven slightly older players who were around the age demographic that David was and we were coming off a big season where we’d finished top of the ladder in 2015, and were looking at going deep into the finals,” he explained.

“David was the best man for the job – I believe that process got it right last year.

“This year we’ve had five or six guys go and we’ve had some fresh faces come in – the age has shifted slightly downward and the appointment of Michael Walters and Lachie Neale along with myself, sort of reflect the age of the group and the rejuvenated direction that we are going in.”