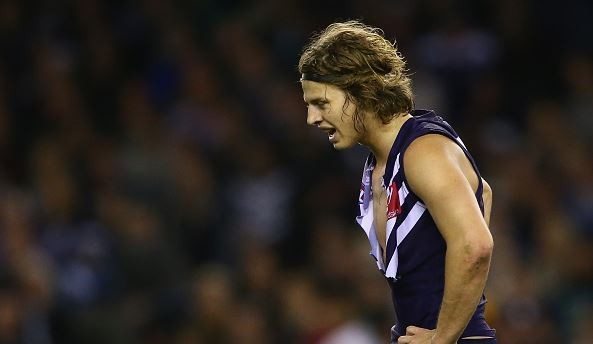 Brownlow favourite Nat Fyfe has been ruled out for the final two weeks of the regular season due to inflammation in the fibula in his left leg.

He has battled niggling injuries since receiving a cork in his right leg from Hawthorn’s Sam Mitchell in round 15.

Fyfe missed rounds 18 and 19 with a groin problem, before returning to the side two weeks ago.

He will therefore be rested against Melbourne and Port Adelaide in the hope of getting his body primed for finals a tilt at the premiership.