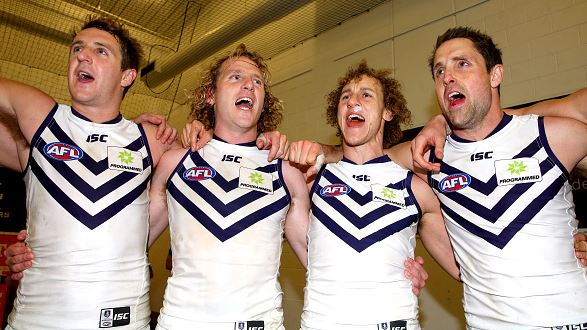 Fremantle defender Luke McPharlin has called time on his distinguished career after 16 seasons as an AFL footballer.

McPharlin has played 256 games for both Fremantle and Hawthorn.

The 33-year-old played 12 games for the Hawks in 2000 after he was picked up by the club with the 10th pick in the 1999 National Draft, before moving back home to Western Australian to join Fremantle, where he played 244 games.

“At the end of last year I considered it (retiring) pretty strongly,” he said.

“There was always a scenario in the back of my mind that this would be my last season.

“Ultimately, it’s time to hang up the boots and move onto other things.

“When you get to my age and my time in the game, there are a lot of factors that need to be considered.

“That’s certainly my wife and family.“The coach, strength and fitness staff and, of course, the way I feel about playing another year.”

McPharlin has played the second most AFL games for Fremantle, second behind Matthew Pavlich, on 335 games.