Tom Langdon has not played for the Pies since suffering a major knee injury in Round 9 last year against St Kilda at the MCG.

The setback has kept him out for more than a year and has been so bad that coach Nathan Buckley praised his maturity in the face of the potential career-ending injury.

“He’s a ripping young man and has been a great part of our club for the last six to seven years and been a remarkable on-field aspect of our success the last couple of years,” Buckley said on SEN radio back in March.

Langdon was arguably the club’s best player in the heartbreaking five-point loss to the West Coast Eagles in the 2018 Grand Final.

However, a return to football is in his sights, one he has been eyeing off for a while.

He will return to the field in a scratch match over the weekend, as confirmed by Collingwood football manager Geoff Walsh.

“He’s been performing strongly with some full training sessions and will have some match simulation or some competitive practice against Fremantle this weekend,” Walsh told collingwoodfc.com.au.

The injuries are mounting at Collingwood, with Jeremy Howe (knee) and Jordan De Goey (finger) both potentially out for the season and skipper Scott Pendlebury (quad) sidelined for up to three weeks.

The COVID break allowed Langdon to get back to AFL fitness with training drills with his team to get plenty of run in his knee.

Now all he needs is to get some proper match fitness under his belt.

If Langdon can string several practice games together, get match fit and come away with no further setbacks, then he could be the man to help the Pies come September or October when it matters most.

If he can get back to the senior team, the club’s already strong defence will be boosted by a versatile player that could fill the Howe void.

According to AFL greats Tim Watson and Gary Lyon, he could be the “forgotten saviour”.

“It’s been a long time since he’s played football so if you’re not a Collingwood fan then you might have even forgotten how good he was. I think his last best game that a lot of people recall is the 2018 Grand Final performance, he’s a very good player.

“I definitely think he’s been the forgotten man of football.”

Lyon added: “If he gets two or three weeks of practise matches under his belt and then plays four or five games leading into the finals, he might be a little wildcard.”ul 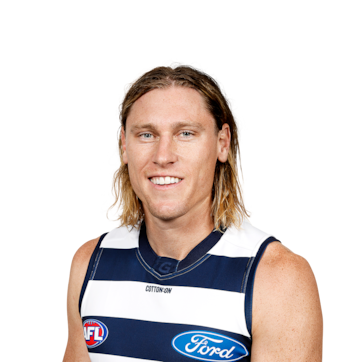