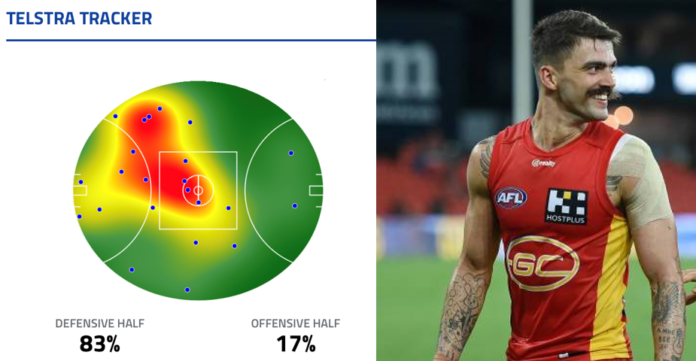 We're back for Round 8 of Zero Hanger’s weekly ‘five useless stats’ series.

Round 8 was another that provided plenty to look at in the way of weird, bizarre and ultimately Useless Stats.

Geelong’s big win over defending premiers Richmond provided plenty of talking points, including whether players should be lifted after 150 games or if the chair off should be reserved for milestones at 200 games or more.

Regardless of what people may think, the effort of Jeremy Cameron (six goals) and Tom Hawkins (four goals) carrying off Gary Rohan (five goals) has set what we are calling an ‘Unofficial record’ for the most goals kicked by three players involved in a chair off.

Mark Blicavs also provided the launching pad for an amazing Shai Bolton Mark of the Year contender. Should Bolton’s specky be given the nod as Mark of the Year, then Blicavs will have been underneath the Mark of the Year for the second time, having sat under Nic Naitanui's infamous grab in 2015.

It’s all about the dismount. Mark of the year so far for sure. Shai Bolton take a bow @FOXFOOTY pic.twitter.com/XnLVMNCDZC