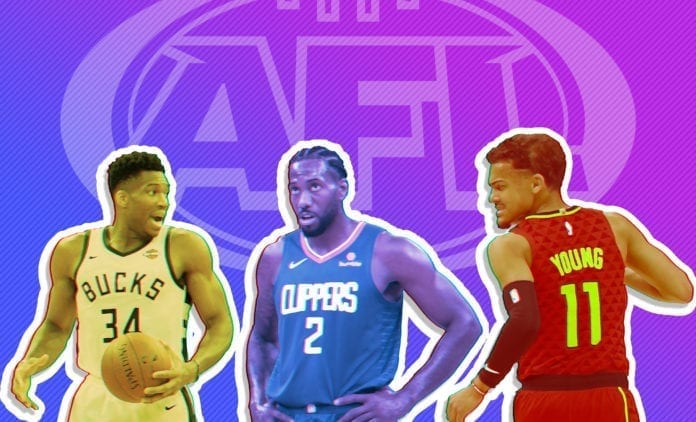 We put together an AFL team of NBA stars!

Instead of just picking the best 22 NBA superstars, we’ve chosen the players that best fit the role.

For example – Sacramento Kings young gun D’Aaron Fox, also known as ‘Swiper’ because of his high steals rate, is our ‘Interceptor’ in defence. Much like 2016 Norm Smith Medalist Jason Johannisen on the footy field.

Another example is four-time MVP Lebron James, who will line up on across half-back as ‘The ‘Playmaker’ — similar to how retired Hawks and Lions champion Luke Hodge played.

We have also included the intangible cogs to any footy team in LA Clippers big man Montrezl Harrel ‘The Cult Hero’ and Denver Nuggets stud Nikola Jokic ‘The Larrikin’.

The veteran Houston Rocket is one of the toughest and most intense players in the NBA. Tucker is a perfect choice when the coach needs someone to lock down an opposition forward and is a player you can always rely on to play a role.

The Frenchman is a dual Defensive Player of the Year and anytime the ball goes near his area it is almost guaranteed to come back the other way. He is a player who can also wrestle with any big-bodied key forward.

Butler is one of the most maligned players in the NBA due to his provocative nature and competitiveness. This is perfect for the back pocket dweller role. The man who has come from humble beginnings is almost impossible to score against and also shows strong leadership qualities. Also very comfortable with the ball and can snag a goal or two if you don’t man him.

Which unlisted players are training at your club?