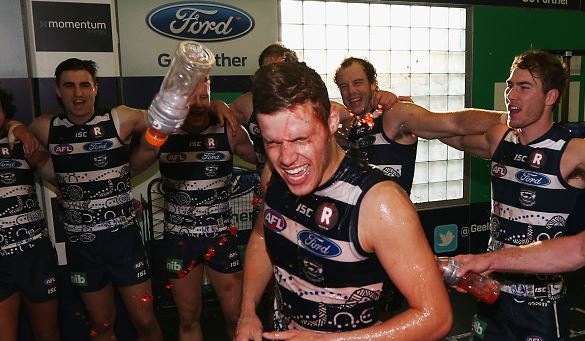 Geelong youngster Jake Kolodjashnij has signed a two-year contract extension with the club.

“I’ve been hanging out for a while to re-sign, so I’m rapt to be on board.

“It’s been great to see so many of the other younger boys signing up. I think we’ve got a really good bond.

“We’ve got a really exciting group that can have some success in the future, which is great for the club.”

The 20-year-old made his debut this season in round 12 against Melbourne and has played a total of nine games.