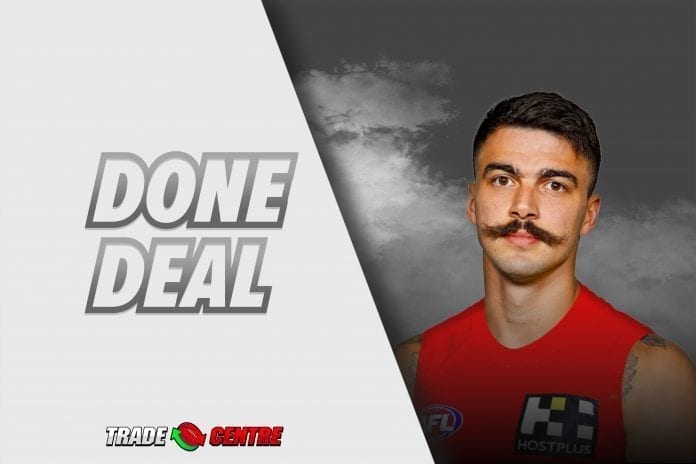 Richmond defender Oleg Markov has been traded to the Gold Coast Suns for a future third-round pick.

AFL Media reported last week that the running backman had agreed to a two-year deal with Gold Coast.

The 24-year old was thrilled to make the move north.

“I’m excited to be joining the Suns and to start the next phase of my football career on the Gold Coast,” Markov told the club website.

“I’ve watched the SUNS from afar this year and have been really impressed with the direction of the club and the improvement of the playing group.

Gold Coast General Manager Football OperationsJon Haines added: “Over the last two years we’ve had a very targeted approach with who we want to add to our football club. Oleg has come from a successful football program, he is a great character and he helps to address a specific need within our playing list.”

Richmond have traded Oleg Markov to the Gold Coast SUNS for its Future Round 3 selection.