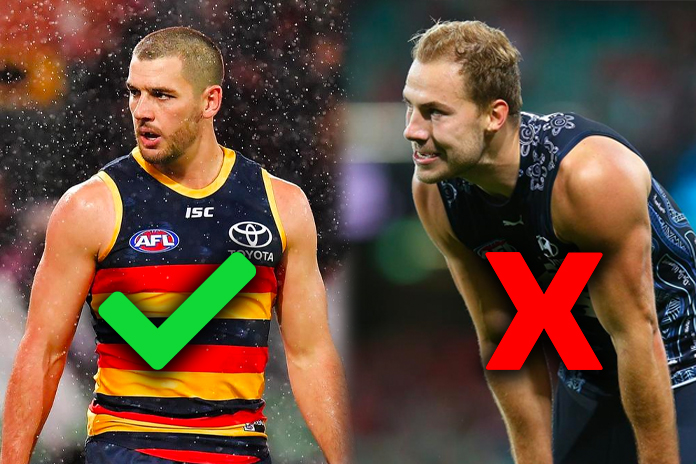 AFL statisticians Champion Data have released their elite player rankings for the 2022 season, with a number of the league's top echelon of players failing to make the cut.

Each year the ratings bring with them contentious calls, for both those selected and those that are overlooked among the AFL's best bracket of stars.

The ratings are also understood to measure ball-winning ability and disposal usage, with those that gain more contested touches and use it more accurately gaining a higher rating.

The Western Bulldogs lead the way heading into 2022, with eight players rated as elite, while Port Adelaide followed with six of their own selections.

All 18 clubs registered at least one player, with Suns, Giants, Kangaroos, Tigers and Saints having just the sole selections.

2021 Brownlow medalist Ollie Wines failed to make the elite ratings, headlining a long list of AFL stars that were not selected.