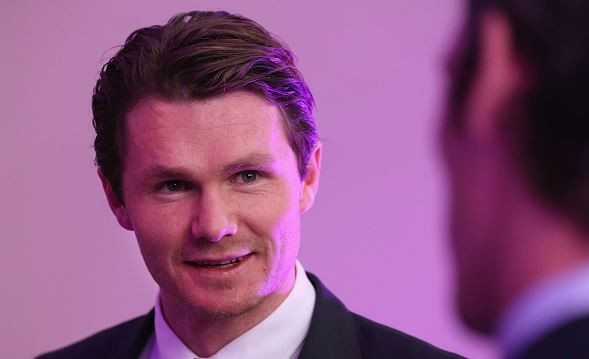 Dangerfield, who is a restricted free agent has told the Crows of his desire to return home and join Geelong, with the formalities of a deal between the two clubs the only sticking point.

Chris Scott says the Cats are confident getting the deal done, with negotiations so far going well.

“There is a negotiation going on behind closed doors but even I’m not privy to those exact conversations,” Scott told Channel Seven.

“My understanding is that it’s pretty amicable. I know it’s in a lot of people’s interests to make out as if it’s not.”

“They [Wells and Hocking] are the main two drivers from Geelong’s perspective.

“(Chief executive) Brian Cook and I sit on the list management committee as well, but we’re very much directed by those two guys.

“Often there is a premium associated with bringing players in from other clubs but I think Geelong’s success in the modern era is based around an egalitarian approach to the TPP (Total Player Payments).

“And whatever we do over the next year or two, we won’t be compromising on that.”