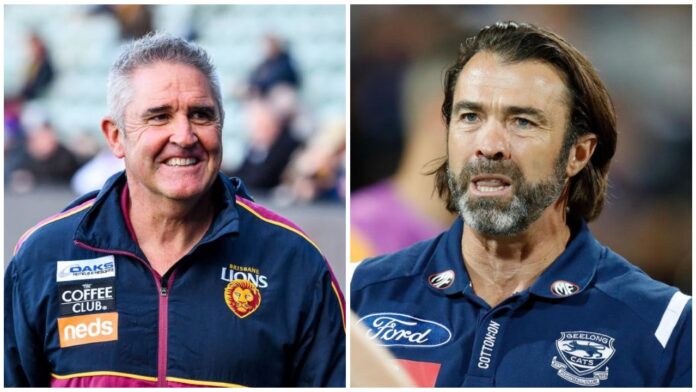 After their heavy loss at the hands of Melbourne on Friday night, the effect of Geelong's loss is set to snowball across the next couple of weeks.

With Carlton in the front seat to land former Geelong CEO Brian Cook after the departure of Cain Liddle, the Blues are now positioning themselves for an almighty push for Chris Scott before his contract ends in 2022.

RELATED: Cook could be the perfect fit for Blues according to Geelong legend

"I think that absolutely opens the door for the Blues to have a red-hot crack at Chris Scott," McClure said.

“You just wonder whether it’s an opportunity for the club or Chris Scott to end what has been an extremely successful tenure. I’m not saying it’s going to happen, but people over (in Perth) are starting to talk about that.”

Assistant coach Matthew Knights formally departed Kardinia Park to undertake an assistant role at West Coast, fellow assistants such as Corey Enright and Matthew Scarlett are no certainties to stay on.

""I can also reveal tonight that David Parkin, who sits on the coaching subcommittee, approached Chris Fagan not so long ago about the possibility of him coming to the club and being senior coach," Wilson said.

"I should add that Chris Fagan knocked that on the head immediately."

The Blues are leaving no stone unturned in the hunt for a new coach for 2022 and beyond.