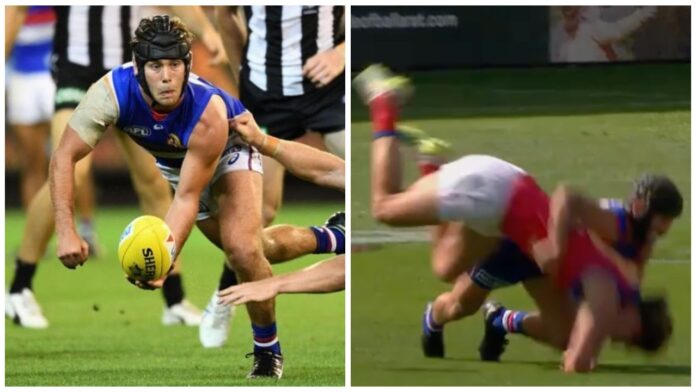 Bulldogs gun Caleb Daniel has been offered a one-match ban by the MRO for his dangerous tackle against Lion Tom Berry in Saturday's clash.

The incident was graded as careless with medium impact and high contact.

If the ban is accepted, Daniel will miss his side's Round 5 clash against Gold Coast at Marvel Stadium next Saturday

SEE ALSO: Calls for Carlton to change theme song due to racist history

The Bulldogs on Sunday night released the following statement on the matter via the club website.

"Reigning Western Bulldogs best and fairest Caleb Daniel has been offered a one-week suspension by the AFL Match Review Officer," the statement reads.

"Daniel was charged with engaging in rough conduct for a dangerous tackle against Thomas Berry in the first quarter of the Western Bulldogs’ 19-point win against the Brisbane Lions in Ballarat on Saturday.

"The incident was assessed as careless conduct, medium impact and high contact.

"It was classified as a one-match sanction as a first offence for Daniel."

Daniel has averaged a career-best 23 disposals from four games in 2021.