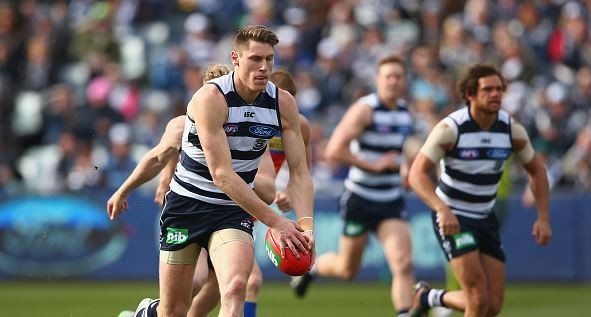 Geelong utility Mark Blicavs is the latest Cat to re-sign with the club.

Blicavs has been a marvel at Geelong since making his debut in 2013, after he tried to make the 2012 London Olympic team in the steeple-chase.

“I’m very excited to have signed with the football club. It’s something I’m very happy with.

“Other players have been signing throughout the whole year, and to see so many guys commit to the club shows that there’s a lot of trust there.

“Everyone’s on board to see the club succeed.”

The 24-year-old has played 66 games with Geelong after quickly becoming an integral part of the side after making his debut just three seasons ago.

More details regarding the length of his contract will follow when they are revealed.