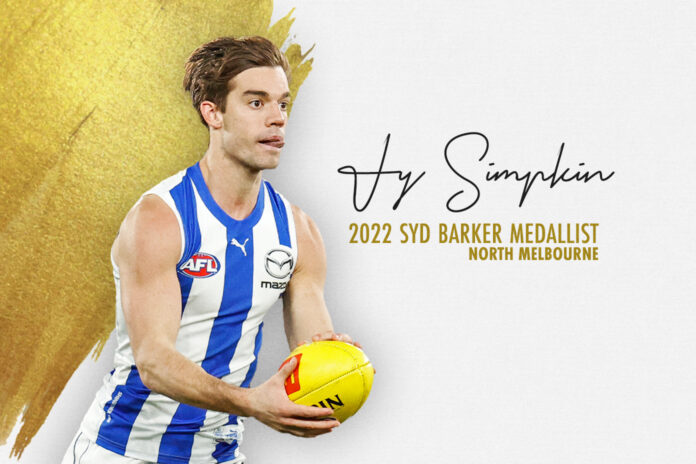 The 24-year-old is now in good stead to be the future captain, having now won two best and fairest medals since being named vice-captain.

The young midfielder had a productive year, averaging 26.6 disposals and bringing up career best numbers in tackles and clearances.

Davies-Uniacke, who had a career-best season, won both the Glenn Archer Shinboner of the Year award and the Mazda Excellence Award.