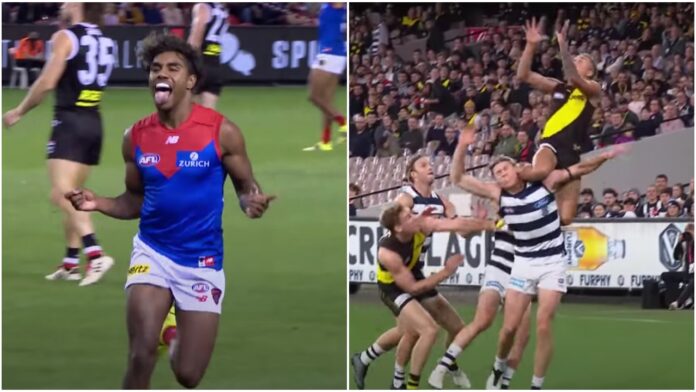 The Phil Manassa Medal (GOTY) and Alex Jesaulenko Medal (MOTY) will be awarded to the winners at the 2021 Brownlow Medal ceremony, with the final three finalists confirmed by the league this week.

Each goal and mark was decided among 28 nominations - 23 from each round of the season and five additional options from 2021.

Melbourne forward Kysaiah Pickett, Bulldogs captain Marcus Bontempelli and Fremantle young gun Caleb Serong have been named as finalists for the Goal of the Year honours.

Goal of the Year finalists:

Richmond pair Shai Bolton and Jack Riewoldt join Hawks swingman Tim O'Brien in being nominated for this year's Mark of the Year Award.

Mark of the Year finalists: