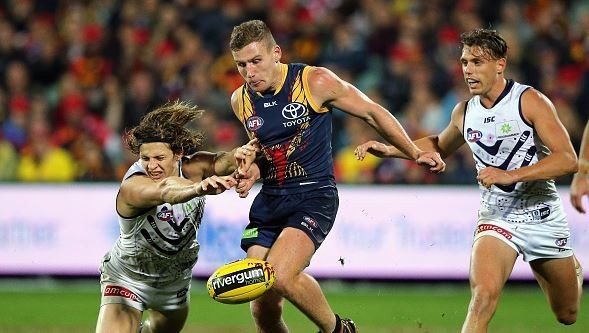 Adelaide defender Jake Kelly has signed a two-year contract extension with the Crows.

Kelly, who has played 10 games with the Crows since being selected with pick No. 40 in the 2013 Rookie Draft, said he was delighted to re-sign.

“I’m rapt to be at the Club for another two years,” Kelly said.

“It’s a fantastic Club. We’re going in the right direction, I know that for sure.”