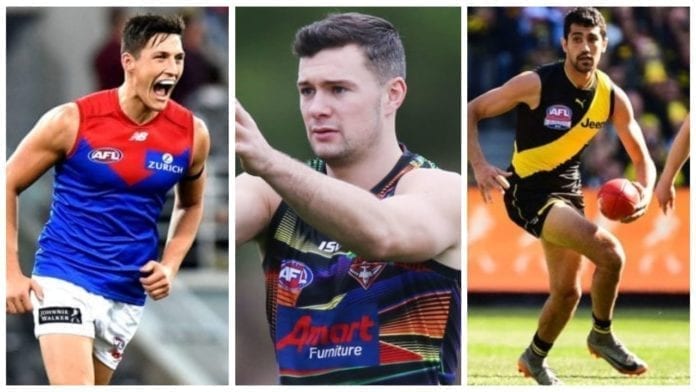 Team News: Geelong may rest dual Brownlow medalist Gary Ablett due to the five day turn around and following his 350th game, which means it could open the door for Lachie Fogarty to come in as Ablett’s replacement.

Other players that are lining up for a chance to pull on the white and blue hoops are Sam Simpson, James Parsons and Brad Close, but it is likely that Tom Atkins will extend his stint on the sidelines.

Lachie Henderson could also come in for the Cats but depends on if Jed Bowes can prove his fitness test.

Brisbane Lions captain Dayne Zorko could come back into the frame a lot quicker than expected as he needs to pass a fitness test for his calf. However, if he can’t pass his test it may open the door for a potential debut for Ely Smith.

Prediction: Lions to continue the excitement. Lions by 15

Team News: The Pies will have to make at least one change in their clash against the Hawks as star forward Jordan De Goey will miss over an investigation into an alleged sexual assault charge from 2015.

It means that the Pies could bring in Darcy Cameron if they were to go tall or bring in Josh Thomas if they want a bit more of smaller forward option. Brayden Sier could also come in to bring an extra midfielder.

Father-son prospect Will Kelly has officially been confirmed to make his debut for Collingwood, with big man Mason Cox likely making way.

The Hawks will have two open spots available at the selection table with Mitch Lewis and Jack Scrimshaw both missing this week.

Gun forward Jon Patton is likely to come in for Lewis, whereas defender Harry Morrison could come in for Scrimshaw. Ollie Hanrahan could also be in contention to spark up their forward line as well as midfielders James Cousins and Finn Maginness.

Prediction: Hawks to bounce back against an undermanned Pies outfit. Hawks 8

Team News: Fremantle will have three spots available as Reece Conca, Jesse Hogan and Griffin Logue all suffered injuries during their win against Adelaide.

Travis Colyer could come back into the side after he missed out last week after suffering a migraine. Brennon Cox has recovered quickly from his hip injury and skipper Nat Fyfe is in the frame to make a shock return from a hamstring injury.

Blake Acres had an impressive showing in the reserves so he could be in line for a debut.

There won’t be too much to tinker in the Saints line up as they have won back-to-back games over Richmond and Carlton, however, Dan Hannebery will miss close to three weeks due to a hamstring injury.

It means that  Zak Jones could come back into the fold after recovering from his own hamstring problems.

Paddy Ryder is also in the mix after missing out last week.

Jack Sinclair, Nick Hind, Matt Parker and Ryan Byrnes are knocking on the door for selection after promising performances in the practice matches.

Prediction: Saints to make it three wins in a row. St Kilda by 27

Jarrod Brander could come into the side if he overcomes his hip injury, while Brayden Ainsworth and Lewis Jetta are also in the mix.

Jack Petruccelle could be a fine substitute to take Jones’s spot and Jarrod Cameron is working back to full fitness.

The Crows will be without two experienced players in Darcy Fogarty (shoulder) and Taylor Walker (knee).

After serving a four-match disciplinary suspension, Tyson Stengle is back in the fold and impressed in the reserves.

Andrew McPherson could come back into the defensive role, while Elliott Himmelberg and Fischer McAsey will press their claims after being dropped last week.

Prediction: It’s hard to see the Crows getting up on this one. West Coast by 35.

Team News: The Dees went unchanged for the second consecutive week against Richmond but it was a familiar tale with poor kicking despite having four more inside 50 entries than the Tigers.

Simon Goodwin could be forced to look at the performances in the reserves as Harley Bennell had a standout game and Sam Weideman could add another tall option to compliment the struggling Tom McDonald.

Goodwin could also look to add to his backline and bring in Neville Jetta and Oscar McDonald.

Meanwhile, the Suns have been dealt with a huge blow in their match against Geelong and will be forced to make one change as young gun Matt Rowell dislocated his shoulder.

Brayden Fiorini could take Rowell’s spot in the midfield. Sam Flanders and Izak Rankine keep on knocking on the door in a bid to earn a potential debut.

Peter Wright and Josh Corbett could also be in selection consideration if the Suns want to add an extra forward.

Prediction: The Dees have been underwhelming since the restart but have also had more inside 50’s than their opponents. The Suns could lack that X-factor without Rowell. Melbourne by 18.

Team News: Essendon will welcome back Zach Merrett after serving his one-match suspension, however, the Bombers have lost Jake Stringer after he injured his ankle in the win over the Pies.

Aaron Francis is also in the frame after missing out last week, while Tom Bellchambers is ready to be back in the squad as well as Matt Guelfi, Ned Cahill and Dylan Clarke.

Meanwhile, North Melbourne may need to make some harsh calls as much of their selection depends on players recovering from previous injuries.

Ben Cunnington is set to miss out this week as he continues to battle back problems, while Tarryn Thomas is also set to miss a week due to concussion. Jack Ziebell could make a return from a hamstring problem.

Majak Daw is in line for a return but as a forward to compliment Ben Brown, while Bailey Scott has been banging down the door for a recall.

Prediction: Essendon have more depth to cover their injuries. Essendon by 26

Team News: Port Adelaide are expected to make at least one change as they aim to bounce back from their first los of the season to the Lions.

Ryan Burton is expected to make his return from a knee injury, while the door is also open for Jarrod Lienert.

The Giants could welcome back Callan Ward into the fold after being a late out in last week’s win over the Hawks, while star midfielder Tim Taranto could make his season debut after recovering from a shoulder injury.

Prediction: Port suffered their first defeat in the season and will likely respond with all guns blazing, while the Giants are on a winning streak. Giants by 17.

Team News: The Tigers walked away from their win over Melbourne wounded, with key injuries to Tom Lynch, Trent Cotchin, Dion Prestia and Toby Nankervis as well as having Bachor Houli and Shane Edwards declining to join the QLD hub for family reasons.

It will mean there could be up to five spots available, with Lynch optimistic of playing despite having surgery.

The Swans have already confirmed two debutants in their side with No.5 draft pick Dylan Stephens and No. 39 pick Chad Warner.

Lewis Melican has a groin problem and will likely miss this week, while Ben Ronke is also out with a back problem. It opens the door for Kaiden Brand to come in.

Prediction: Despite having a long injury list the Tigers should get the job done. Tigers by 27.

Team News: Carlton look set to welcome back Zach Fisher, who was a late out last week with a bout of gastro. The Blues could also welcome back Jack Silvagni from a fractured rib.

Sam Philip and Jack Newnes could make way after having quiet performances against St Kilda.

The Western Bulldogs could make up to four changes, with Lin Jong (syndesmosis) out for up to two months and Bailey Smith (concussion) and Laitham Vandermeer (concussion) unlikely. Hayden Crozier was handed a one-match ban for a dangerous tackle on Kangaroo Jack Mahony.

However, Lachie Hunter returns from his suspension in a huge boost for the midfield.

Roarke Smith, Will Hayes, Matt Suckling and Cody Weightman are also in contention.

Prediction: Bulldogs to continue their momentum. Bulldogs by 26. 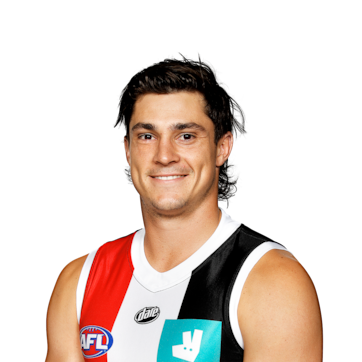