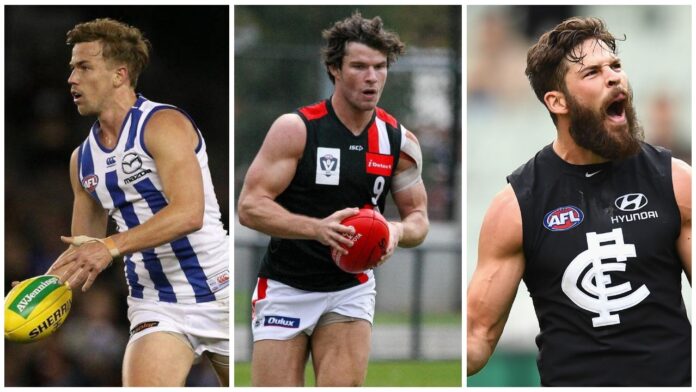 The AFL National Draft is often looked at as an opportunity for young and new talent to enter the AFL system and lead the way for their new clubs.

However, there are a number of players who have been in the system previously and are now hoping for another crack at the elite level.

With nominations for the draft closing at 3pm on Wednesday 18th November, we have put together a list of some of the names you may already know that have put their hat in the ring.

Former Blue Levi Casboult looks set to land at Gold Coast in the rookie draft pending his vaccination status, while former North Melbourne vice-captain is also keen to play on.

Young players like Ned Cahill, Sam Ramsay and Patrick Naish have all put their hand up, while VFL stars Ben Crocker and Nathan Freeman are in the mix after dominating at the lower level.

Players like Mitch Crowden, Cam Ellis-Yolmen, Lochie O'Brien and Matt Cottrell have nominated but are expected to be selected by the clubs that delisted them.

Former AFL Players who have nominated for National Draft