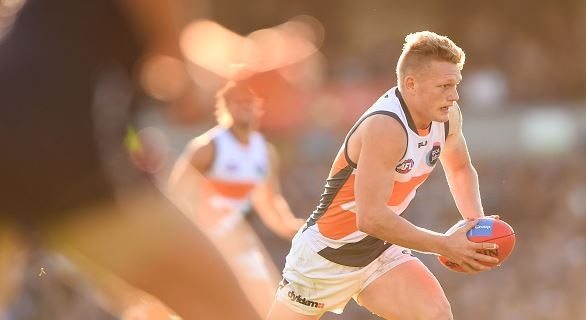 The 22-year-old has received strong interest from Collingwood, North Melbourne and Richmond, with the Magpies said to be the front runners for his services.

But speaking on SEN radio this morning, Bartlett said that he is very confident that the out of contract Treloar wants in at Tigerland.

“My understanding is that GWS Giants jet Adam Treloar has told the Tigers that Richmond is his preferred club of choice for 2016 and beyond, not Collingwood,” he said on SEN.

“I’m telling you 100 per cent, Richmond is the club of his choice.

“As good as Johnson, Yarran and Motlop may be, Treloar is a star and it’s not beyond him to win a Brownlow,” Bartlett said.

“Treloar to Tigerland should have supporters dreaming big, he wants to come, now go and get him.”

Treloar has averaged 27.5 disposals per game this year for the Giants.