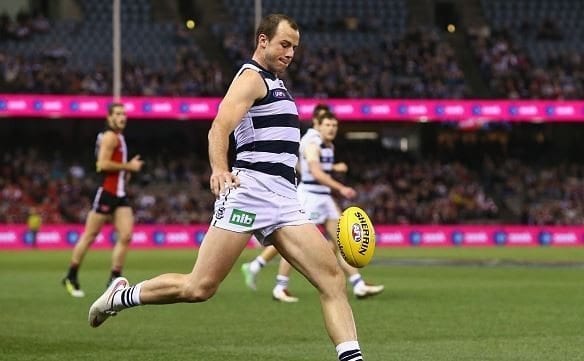 Geelong says Josh Walker is a required player, despite rumours linking him with a move to the Blues in a trade for swingman Lachie Henderson.

"Obviously Lachie's finished at Carlton and he's been associated with Geelong and we'd be very happy to have Lachie at Geelong but once again it's a trade with Carlton that has to be done," Geelong list manager Stephen Wells told NAB Trade Radio.

"He's not a free agent, so we'll be talking to to Carlton at the appropriate time to try and get a trade done."

However, Wells said that forward Josh Walker is a required player, despite speculation he could be used in a trade to get Henderson the Cats.

"Josh had a  terrific year with us and he is a required player...but sometimes players look for opportunities where they might read the play a bit and say well if I get to another club I can play a bit more footy than I might at a particular club," he said.

"But we're very happy with the way Josh went this year and it's no certainty that Josh will be leaving Geelong."