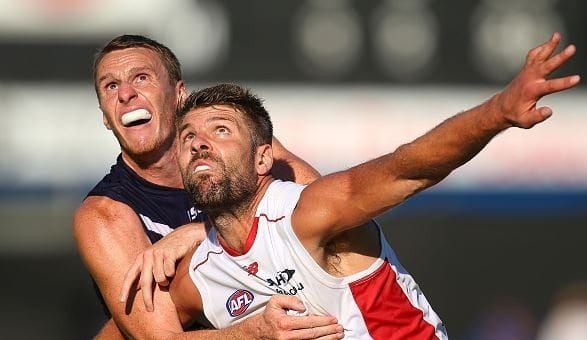 Melbourne ruckman Mark Jamar has played his last game for the Dees.

Jamar was not offered a new contract by the club and he may look to place on elsewhere next season.

“I met with the club on Thursday morning and we decided that my time as a player at Melbourne had come to an end,” he told melbournefc.com.au.

“I’ve just got to take a few weeks and spend some time with the family and decide [if I want to try and keep playing in the AFL] in the near future. But the body’s good and I really enjoyed playing footy this year, so I haven’t ruled anything out.

“At this stage, I’m going to reflect on my time as a player at Melbourne and just sit back and enjoy the memories.”

The 32-year-old played 155 games with Melbourne, after being selected with pick No. 6 in 2002 Rookie Draft.