Two Kangaroos have been ruled out of the rest of Sunday’s clash against Adelaide at Marvel Stadium.

Defender Luke McDonald suffered a shoulder injury in the first quarter of the contest and was substituted out of the game by medical replacement Lachie Young.

Lachie Young has been subbed in for Luke McDonald (pectoral muscle). #AFLNorthCrows

Furthermore, forward Cam Zurhaar will also take no further part of the match after suffering a concussion in the opening quarter.

Cam Zurhaar (concussion) has been ruled out for the rest of the game. #AFLNorthCrows

It is a big blow for the Roos in their bid to win their first game of the season, already missing the likes of Jed Anderson, Aidan Corr, Trent Dumont, Jared Polec and Robbie Tarrant through injury.

In other injury news, Adelaide’s Will Hamill is being assessed in the rooms after suffering a head clash. 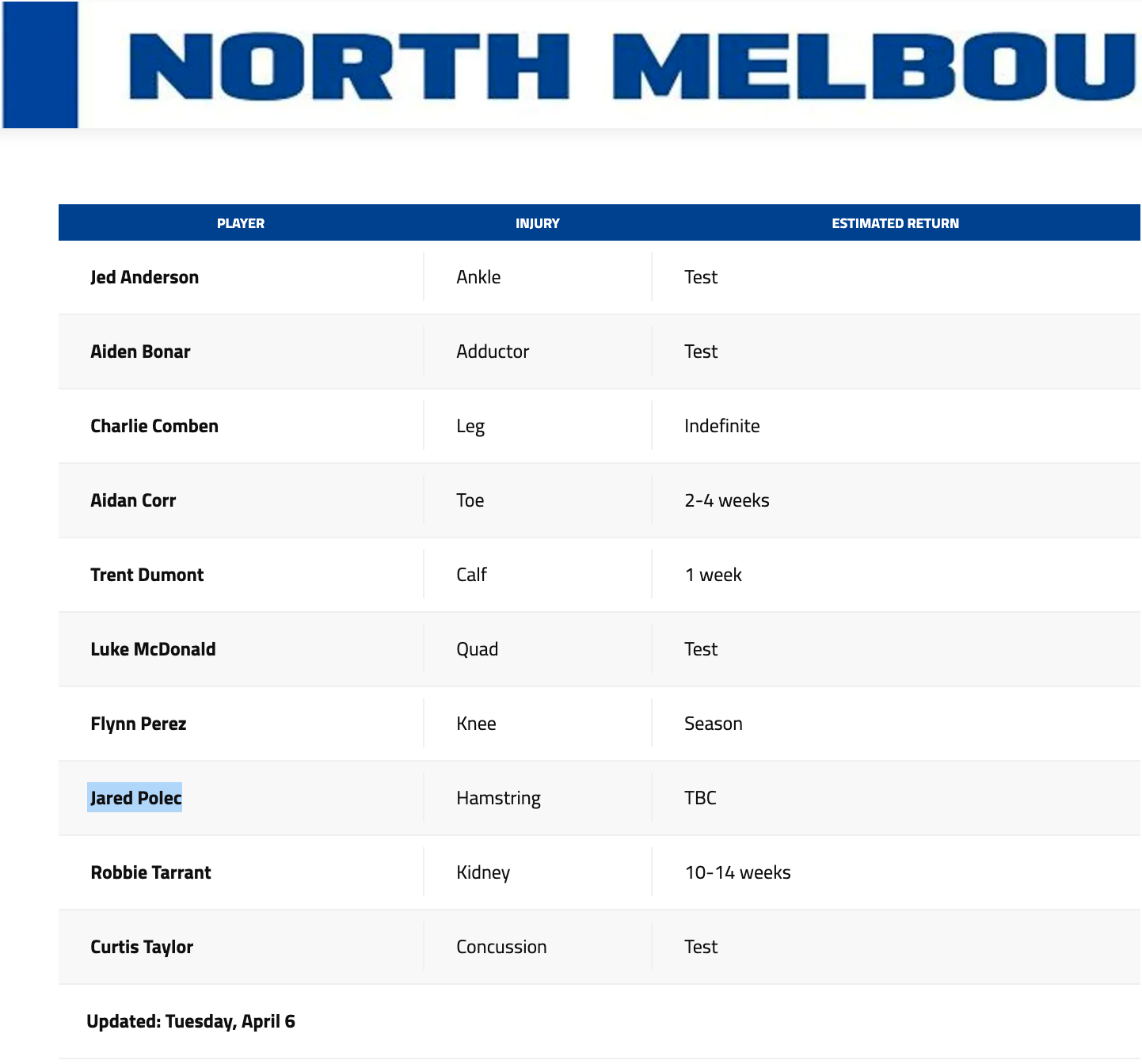