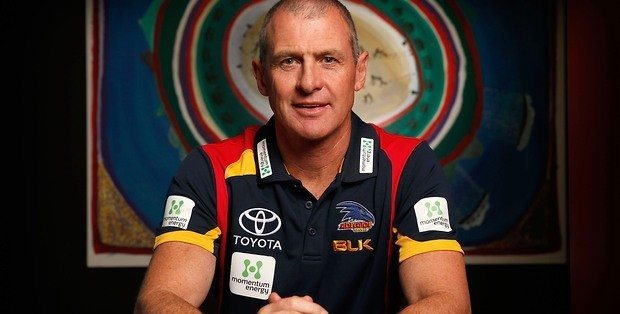 The Australian sporting community has united for Phil Walsh, as an outpouring of tributes and emotion pour in from the AFL community and sporting identities around the country.

“I don’t know how AFL football can go forward this weekend.”

What a tragedy. A great man lost. Thoughts and prayers are with his family. #RIPPhilWalsh

Tragic news, thoughts go out to Phil's family and everyone he touched along the journey #RIPPhilWalsh

Horrible, horrible news coming out of Adelaide. Thoughts are with everyone at this terrible time. #RIPPhilWalsh

So sad to hear of Phil Walshs death. No sense to it. We are all flesh and blood. Love each other. Thoughts with all family and friends.

Such horrific news to wake up and hear of the passing of Phil Walsh! It's hard to comprehend that a man that has touched many lives is gone

Thoughts with everyone involved in this tragic news. Can't believe what has happened!

No words. Just nothing.Tragedy and sadness touches people every day. Look after yourselves and those closest to you please.#RIPPhilWalsh

Shocking news. Thoughts are with Phil Walsh's family and friends and all at the Adelaide football club at this terribly sad time.

I'm shocked & saddened to hear this mornings news regarding Phil Walsh. The entire AFL community is in mourning . RIP

After a life in football we were really only just getting to know Phil Walsh, a genuinely fascinating man. A shocking loss #RIP

Sad news about the passing of Phil Walsh, our thoughts are with his family and friends.

Terrible news to wake up to. My thoughts are with the Walsh family, friends and everyone involved @Adelaide_FC.

Absolotely gut wrenching news to wake up to. He was a very good man. #RIPmate

On behalf of the @storm and the entire Rugby League community, our deepest condolences go out to the Walsh family and the @Adelaide_FC