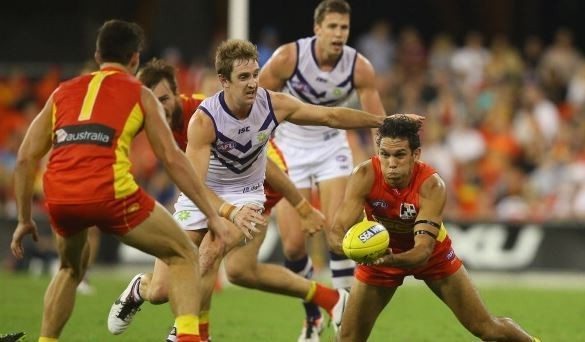 Perhaps the only reason everyone was underwhelmed with the Hawks’ trade period is because of what they have achieved over the last few years.

Despite an ambitious bid for Jake Carlisle, Hawthorn mostly had mercy on the league this year, bringing in only Jack Fitzpatrick, pick 15 and a later pick.

In the out pile was defender Matthew Suckling, off to the Bulldogs, and Jed Anderson to North Melbourne.

While they hardly had a bad trade period, their inactivity is what sees them sit this low on the ladder.

Considering we just witnessed the busiest trade period in league history, you would have expected at least one noteworthy addition from the Hawks.

Perhaps that will end up being Fitzpatrick. You never know with the brown and gold. But for now, they sit 14th.

As they are each year, Richmond were linked to just about every free agent and trade target in the league, which makes the fact that they ended up with only Chris Yarran and Jacob Townsend a bit underwhelming.

Granted, these are not bad additions. Quite good ones actually. Chris Yarran is still young considering he has played 119 games. He will add good dash off half back alongside Bachar Houli.

What’s more, if their new arrival from GWS, Jacob Townsend, is as successful as the last (Anthony Miles), this will look like a pretty savvy trade period.

The Tigers also stuck to their guns, refusing to give up pick 12 for Yarran, and their persistence paid off, ending up only losing pick 19 for him.

But are Chris Yarran and Jacob Townsend enough to help fix the glaring character and finals deficiencies that face the club? Outlook: not so good.

The Gold Coast Suns had a bitterly disappointing year, again losing skipper Gary Ablett to injury. But did they make up for it in the trade period? Somewhat.

Their best additions of the off-season include experienced Eagle Matt Rosa and two first-round picks (6 & 16).

Rosa will add experience and speed to the Gold Coast midfield, a lot of which is lost through Harley Bennell, and is a good addition to the engine room. If they can hit on picks 6 and 16, then all of a sudden this looks like a dream off-season.

Daniel Currie is hardly an addition to sneeze at either. He has struggled with game time and injury, but at 26, his best football is still ahead of him and his athleticism is an enticing prospect.

He will likely see more game time at the Suns than at North Melbourne, especially with the departure of Zac Smith and Charlie Dixon.

However, the departures will leave big holes to fill. Harley Bennell, Charlie Dixon and Zac Smith were some of the Suns’ most talented players, and they moved back three spots in the draft from pick 3 to 6.

With a (hopefully) full season from inspirational captain, Gary Ablett, here’s hoping Gold Coast can reach the heights of 2014 and even push for a maiden finals birth.

The Fremantle Dockers’ trade period was punctuated by two of the headlines of the off-season: Harley Bennell and Cam McCarthy.

Bennell has at his best shown freakish talent, and hopefully a move back home and playing for a more experienced team will straighten him out. What’s more, Fremantle only gave up pick 16 and 35 for Bennell, while also receiving pick 22 – a bargain in today’s market.

However, on the other side of the coin, they failed to add another West Australian in talented young key forward McCarthy – through no fault of their own it must be added.

They will have another chance to add McCarthy next year, but one less key forward could be the difference between a premiership and bust for the Dockers.

Matthew Pavlich is still weighing up his future.