Richmond’s ruck contests could look very different in Round 2, with the possibility of the 184cm midfielder Marlion Pickett pinch-hitting in the role.

The new shortened quarters have thrown question marks over the Tigers’ dual ruck combination as they face Collingwood’s giants Brodie Grundy and Mason Cox in the season restart next Thursday night.

In a 90-minute match simulation at Punt Road on Thursday morning, Pickett played as an onballer. The bruising contest was the Tigers’ last proper match up before round two in seven days’ time.

The Tigers believe Pickett could provide a contest and greater damage at stoppages in a similar style to Shaun Grigg in the 2017 premiership season.

In round one, the Tigers played both Ivan Soldo and Toby Nankervis on reduced minutes. In Thursday’s hit out, the duo played on opposing sides.

With neither pushing their case for more minutes in attack, the Tigers have admitted they may go into games during the 2020 season with only one ruckman.

“We haven’t confirmed anything with that, it’s still the debate we’ve been having for three years and two games,” assistant coach Justin Leppitsch told afl.com.au.

“We liked the look of both rucks out there today, but we’ve got some options whether we play the old Shaun Grigg role with a Marlion Pickett.

“Like we did with Grigg, I don’t think he really competed that heavily in the ruck contest, it was more having that extra midfielder and having his smarts to get an advantage.

“If he [Pickett] does play that role or we play Jack [Riewoldt] or ‘Lynchy’ [Tom Lynch] for bits that’s a possibility.

“We’re tossing all those options up now if we think we need the run or we need the height.”

Pickett joined the Tigers in the 2019 Mid-Season Draft after Grigg retired. He debuted in the Tigers’ 2019 flag win. 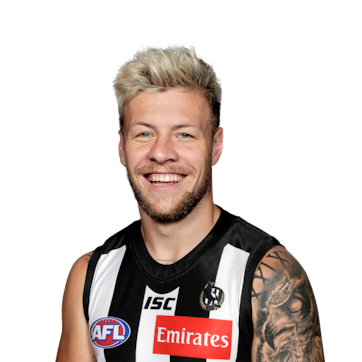