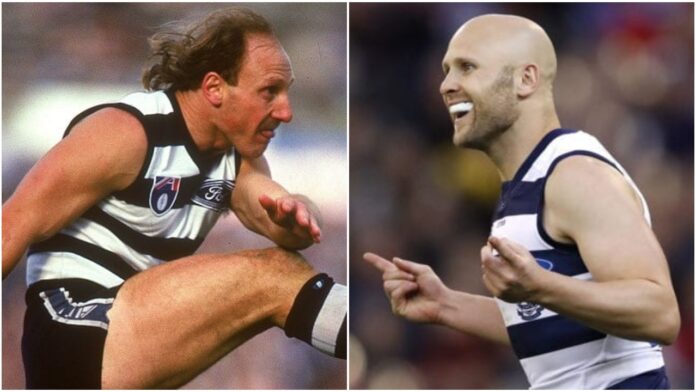 Since the late 1940's, the AFL has adopted a great tradition which allows the sons or daughters of a long-serving member of a club to be drafted by that very club.

It's always a heartwarming story when you see the son or daughter of an AFL legend run out in the same colours to continue the family legacy.

As we approach draft night, two of the top prospects will land under the father-son rule. Nick Daicos (son of Collingwood legend Peter Daicos) and Sam Darcy (son of Western Bulldogs great Luke Darcy) are arguably the best two players in the draft who will land at the club where their fathers became legends at.

Check out below to see who we think are the best five father-son combinations in the history of the game.

John Kennedy Jr. is one of Hawthorn's most famous figures, winning four VFL premierships with the club during the 1980's, whose father John Kennedy Sr, had also coached Hawthorn to three premierships.

Kennedy Jr was inducted into the Hawthorn Hall of Fame and his son Josh Kennedy was drafted by Hawthorn in 2006 with pick 40.

He would eventually move to the Sydney Swans in 2010 where he has become one of the premier midfielders in the game, with a premiership in 2012, three All-Australians and three-best and fairests with the club.

He's still at the Swans and his stellar consistency could further boost this combination with his father up the list.