The biggest form rises and falls compared to last season has been revealed, as reflected by the AFL Player Ratings.

Melbourne’s Tom McDonald headlines the list of players with the biggest drop at a -7.0 point difference from his 2018 rating. The 26-year old’s form has summarised the Dees’ season. He booted 53 goals from 20 games last year, and his current tally is eight majors from 12 contests.

Carlton’s Kade Simpson has the second biggest drop off at -5.2, but the veteran is coming from a high baseline. Simpson has averaged 21 disposals on more in each of the last 10 seasons and went at 26.1 in 2018. He is averaging 18.6 disposals this season.

Coming in with the third biggest drop off in form in Sydney’s Lance Franklin with a -5.1 that has seen him slip from the 14th ranked player in 2018 to the 91st in 2019. Buddy has been hampered by injuries this season but bounced back with a massive five-goal performance against the Eagles last week.

Other notable names in the top 10 that have seen a form drop off with regards to their AFL Player Ratings include Geelong’s Patrick Dangerfield (-3.6), Melbourne’s Clayton Oliver (-3.4) and West Coast’s Andrew Gaff (-3.2). 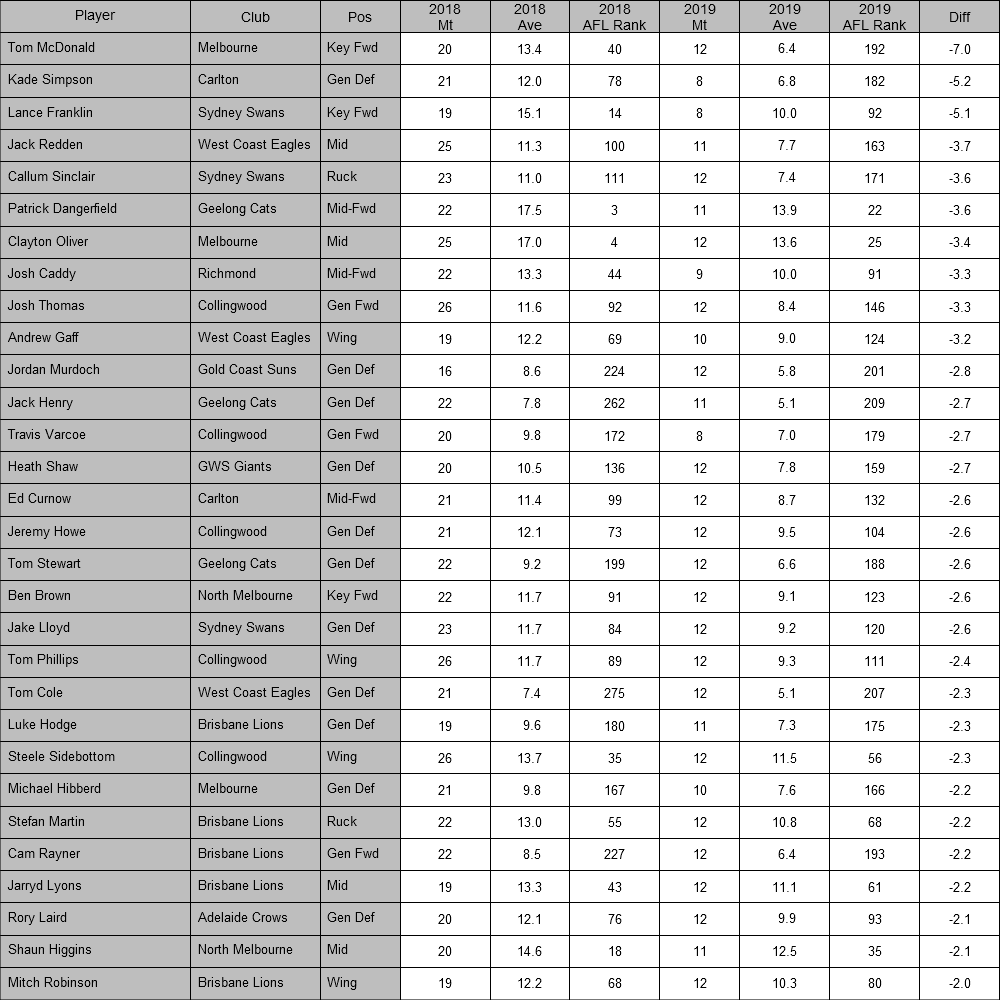 At the other end of the spectrum, Brisbane’s Hugh McCluggage is the most improved player according to the ratings, with a +3.9 difference from 2018. The youngster’s emergence has played a key role in the Lions’ rise up the ladder this season.

Carlton’s Patrick Cripps comes in second with a +3.8, leading many to declare him he Brownlow Medal favourite. The Blues co-captain’s average disposals is slightly down from 29.6 to 28.1, but has seen a rise in goals, tackle and clearances.

The third most improved player is Sydney’s Dane Rampe at +3.6. While the All-Australian defender has made some late-game blunders against Essendon and Collingwood, he is averaging a career-high in disposals (19.7), tackles (3.1). 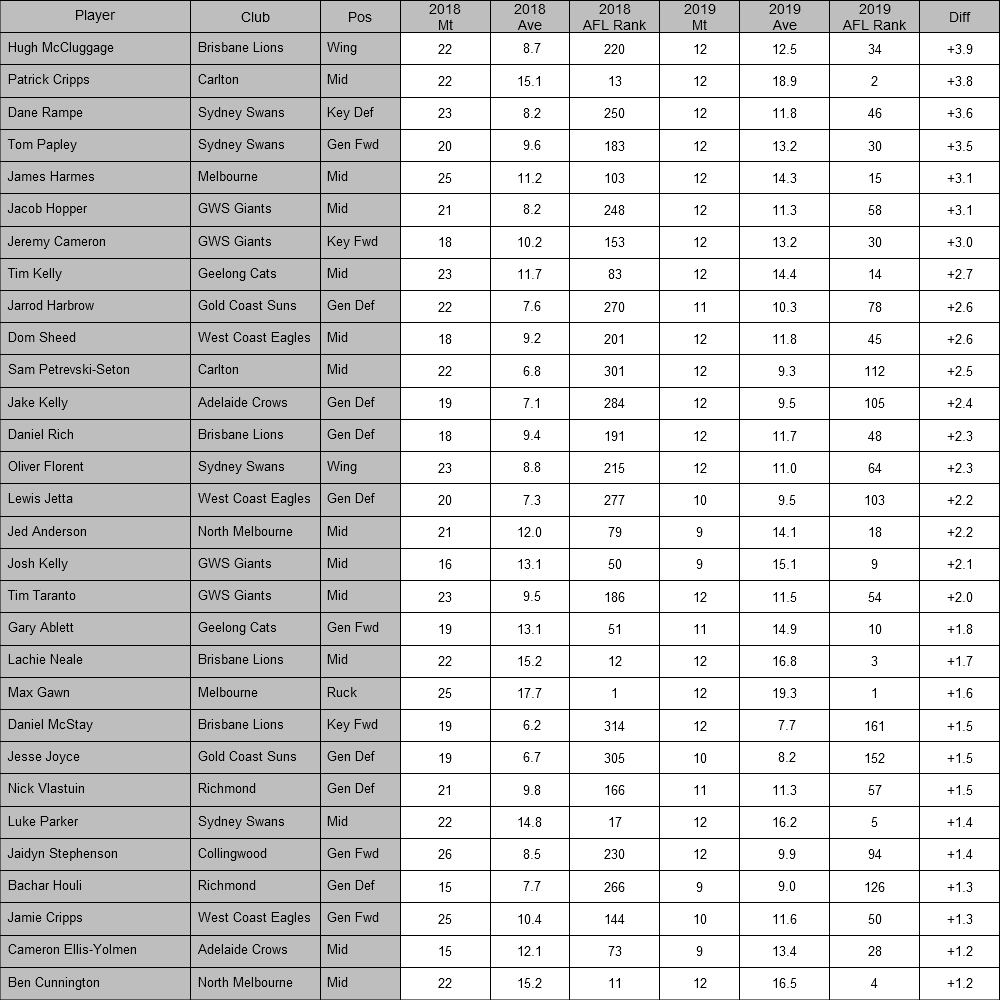