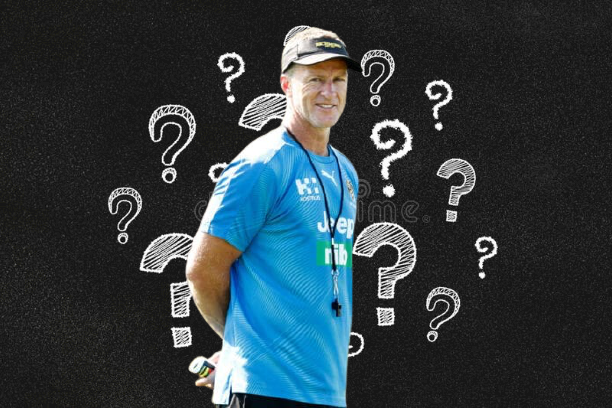 You should all know the drill by now.

There are 18 teams playing in nine games this weekend, and because nothing in this life is either perfect or complete, we here at Zero Hanger still believe each of these aforesaid combatants still come with a raft of question marks.

So, before the second month of the regular season draws to a close on Sunday evening, we have sought to answer each club's most pressing queries ahead of Round 8 of the AFL season.

How hard is reality set to keep hitting them?

Across the first month of the 2021 season, the Adelaide Crows looked to have turned more than just a singular corner.

At 3-1 by the completion of Round 4, the disappointment of 2020 appeared to be fading fast in their rear-view mirror.

However, after dropping three games in a row to sides that sit outside of the top eight – Fremantle, Hawthorn and GWS – Matthew Nicks’ murder now joins them in no man’s land.

With their wings clipped and their claws currently clasping onto the 13th rung on the ladder, the query must now be posed – how hard is reality set to keep biting last season’s wooden spooners?

As they are set to face five of last season’s top eight teams – Port Adelaide, West Coast, Richmond, Collingwood and St. Kilda – as well as the undefeated Demons - before the bye, any flight plans up the ladder are almost certain to be cancelled.

According to Champion Data, Adelaide’s run home is the fourth toughest of any side in the competition this year, and for this reason, it is unsurprising that Stats Insider give the city of churches pride a less than one in ten chance or reclaiming their previous finals foothold.

Even though the Crows’ loyal band of members became accustomed to their punching bag status last season, they will need to prepare themselves once again for a barrage of hooks, jabs and uppercuts that are almost certain to come thick and fast before the end of August.