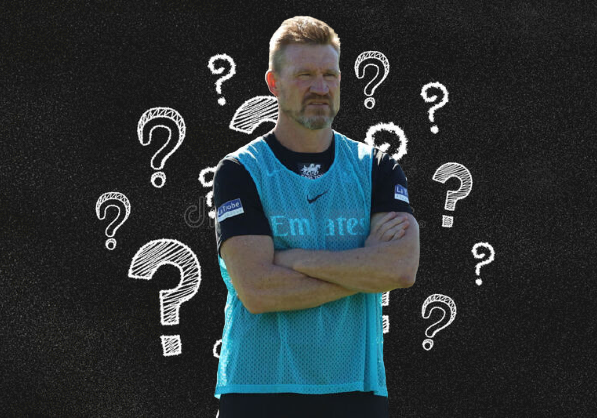 With six weeks of the marathon run, the line between contenders and pretenders is becoming much more opaque.

Although 94.4% of the competition’s 18-teams have now put a win on the board, the gap between first and last is still chasmic.

As we edged toward the end of the season’s second month, the question marks surrounding every side – whether they are leading the league or languishing – are still aplenty.

With Round 7 set to start this Friday night, we have cast an eye across each of the league's combatants and have sought to answer the key questions facing each and every one of them.

What have they learnt from their Tassie trip?

Although Matthew Nicks’ murder squandered the four-points and their first losing streak of 2021 officially commenced, the Crows’ jaunt to the Apple Isle was not completely fruitless.

To paraphrase Giants’ skipper Stephen Coniglio from the recent Making Their Mark documentary series – “There are no wins and losses in football, just wins and learnings”.

So, with this modern moral in mind, what did Adelaide learn from their loss in Launceston?

The first of a pair of lessons is undoubtedly the fact that they selected the right kid with the second pick of last year’s draft.

Despite the fact that Riley Thilthorpe appeared tentative within the first stanza, these nerves were cast aside once he plucked his first mark inside 50.

By the time the final bell had sounded, and his side was ultimately bested by three-points, the 202-centimetre teenager had finished with a haul of 16 disposals, five marks – three of which were contested – and five goals straight.

Thilthorpe’s  bag may have been enough for him to break the club’s record for goals on debut, as well as be the largest haul by a first gamer since the mercurial Adrian McAdam kicked seven in Round 5, 1993, however, it still saw him fall short of a Rising Star nomination.

Either way, if there is 10 or more years left of Thilthorpe at Footy Park, then his mustachioed mate in the forward 50’s goalkicking record could be in trouble.

The second lesson for Nicks and his selection committee is that carrying an injured and unprepared player as your medical sub is both a gamble not worth taking and somewhat of an insult to the essence of the position.

If both the head coach had his time again, I’m sure that an alternative avenue would have been pursued, as a hobbled Tom Lynch on a wing in a tight contest was about as useful as a piece of string in lieu of a pool cue.

With this pair of ‘learnings’ fresh in the mind, even though the four-points were not in the Crows’ luggage for the return journey, their Tasmanian trip did have them living like a vanquished Sale of the Century contestant – as despite ultimately losing, they did not go home empty handed.

However, their consolation prize was intangible, unlike Glenn Ridge’s ubiquitous Parker pens.