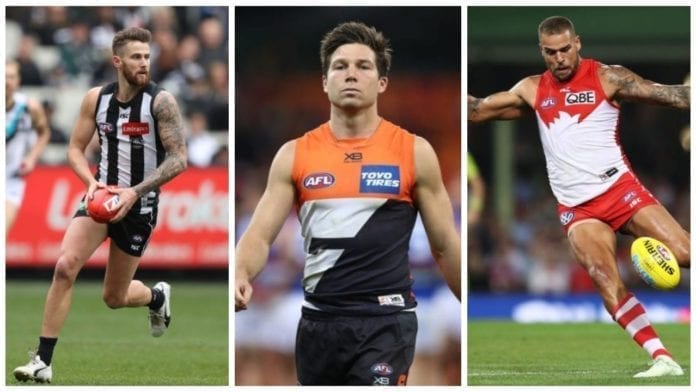 The 2020 season has throw everything at AFL players, with condensed fixtures and hubs steering the current season away from its norm.

However, as all seasons are scripted, injuries play a major role in a side’s success and failure throughout their premiership campaign, with 2020’s unprecedented environment making no changes for all 18 clubs.

If anything, injuries have riddled through the season like we’ve never seen before, with debutant after debutant making their name on the big stage in place of a sidelined star.

Key figures in Collingwood, Essendon and Sydney have been reduced to the ranks of a reserve side, with a number of players in their strongest outfit facing the toll of an injury crisis.

Many star players have been dealt major blows in 2020, with the likes of Toby Greene, Josh P. Kennedy, Adam Treloar and Max Gawn all left eager to return to the field.

As far as fairytales go, Matt Rowell’s rapid rise to stardom was a story like no other, with the brute onballer taking over the competition in his first half-dozen games to emerge as a Brownlow contender.

Unfortunately, the cruel curse of injures ended his season, but his impact won’t be forgotten.

For others, returning to the track has become an ongoing challenge, with key forwards Lance Franklin, Joe Daniher and Charlie Curnow all looking on from the sidelines before the first ball had been bounced.

As we look over the growing list of casualties this season has struck down, a forceful side  lands as the product, with well over 22 household names currently sidelined and in contention for our All-Injured Team of 2020.

Are the Blues no longer a destination club?

Jack Riewoldt to stay on at Tigerland for 2022

AFL crowds confirmed to return to Melbourne this weekend