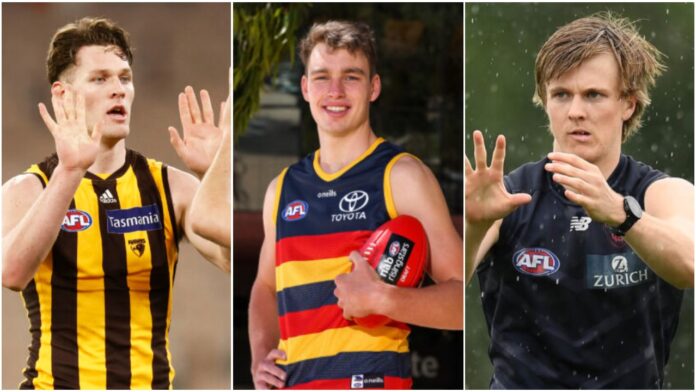 The class of emerging future stars was evident in 2021, with a host of young names breaking onto the AFL stage and showing plenty of promise for the roads ahead.

Debut: Round 1 vs Fremantle
Games: 25

Finally got his chance after two years at Melbourne without an appearance at AFL level.

A premiership winner, albeit as a medical sub, Jordon's debut campaign was one of the best in his class, playing 18 games for the Demons as a prominent feature in their midfield.

Played* in every game for Melbourne in their drought-breaking premiership season and had 11 games where he recorded 20 or more disposals.

Gained his Rising Star nomination in Round 8 after amassing eight tackles, 113 contested possessions and three inside 50s to go with his 23 touches.

Also recorded a season-high 13 tackles against Carlton the following week, proving to be as lethal on the backfoot as he is with his disposal.

*was an unused sub on three occasions