Australia's #1 independent AFL news source
More
Home AFL News Team of the Round Team of the Week: Round 9 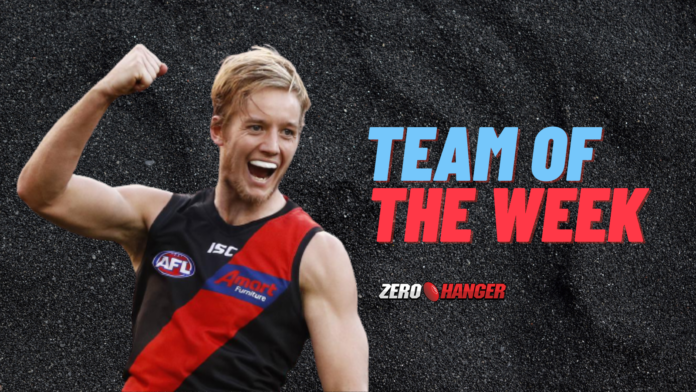 Despite the loss, Rory Laird was influential in keeping the Crows in the match - dominating all over the ground.

He also had a perfect 100% disposal efficiency, making the opposition pay every time they turned it over. Andrews outsmarted and overpowered the young Suns outfit showing why he is one of the league's best backmen.

Making the Saints once again regret their decision to trade him away, Hind was prolific down back and remained consistent throughout the close match.

Nick had 31 touches, eight marks, six intercepts, and five inside 50s showcasing an ability to turn defense into offense.

While a stat line of 13 disposals, eight marks and six intercepts doesn't scream off the page, his impact on the match did.

McCartin kept Brody Mihocek goalless and to no marks, nullifying the big forward's impact on the game.

"It was really good to get that one."

Hear from Tom McCartin after the win over the Pies.#Bloods pic.twitter.com/Thiooa6eTC

Birchall was back to his scintillating best dominating the Gold Coast Suns throughout the entire match.

He finished the match with 26 disposals, 13 marks and 6 score involvements not only stopping his opponents but for using his lethal left foot to damage the other way.

In a career-best performance, Liam Baker stared against the Giants making up for the multitude of injuries the club are suffering.

With a career-high 33 touches, 19 kicks and eight clearances performances like this might make a few injured tigers worried about their return.

Your @Jeep Gladiator of the Match can do it all 💪 pic.twitter.com/eGwcaY5Bf8