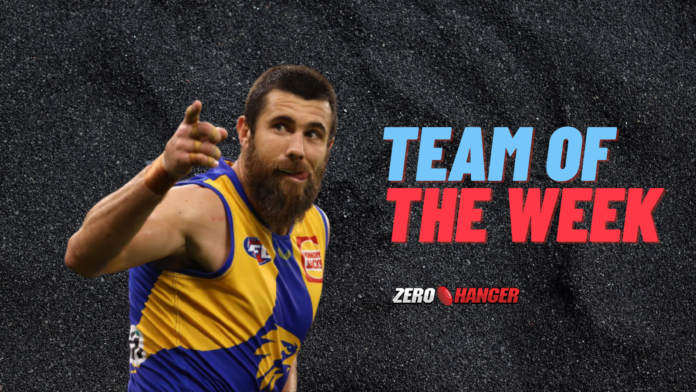 Jiath continues to impress this season with another standup match for the backmen. He was a dominant force down back, making it difficult for all the Swans forwards.

He finished with 28 disposals (85.7% efficiency) 10 intercepts, 5 inside 50s and 553 metres gained. Jiath was elite with the ball in hand giving his teammates plenty of opportunities as he helped the Hawks upset the Swans.

Stewart was an excellent down back preventing many of the Power forwards from impacting the game. With a game-high 723 metres gained, he showed his ability to rebound the ball from 50 and generate offense for the rest of his team.

Geelong defender Tom Stewart is putting together another ultra-consistent season.

He is the @Hostplus Sustained Performer of the Week.#AFL pic.twitter.com/lF1Q2zy9CP

Maynard put together an impressive showing, helping his side keep Melbourne forwards at bay all match. He was also one of the key architects down back, helping the Magpies move the ball effectively out of defense.

Getting 32 touches, 13 marks, 661 metres gained, 9 intercepts and 90.6% disposal efficiency. He was one of the challengers for the Neale Daniher medal, just getting eclipsed by his skipper Pendlebury.

Ryan was impactful down back, making the most of wasteful entries and high-level pressure. He made it difficult for the Suns forwards all match, helping to keep them to under 50 points.

Haynes was a defensive wall, stopping many forward entries before they could damage the Giants. He worked his way into form this match and hopefully can build off that for the remainder of the season.

He gathered 26 touches, 14 marks, 14 intercepts, and 80.8% disposal efficiency which shows his ability to stop Kangaroo offence and then rebound the ball in the other direction.

Hall displayed his ability to turn defense into offense with as many intercepts (6) as inside 50s (7) and score involvements (6). This two-way ability was one of the main reasons that North found themselves up by 28 at 3 quarter time.

He also had 35 disposals and a game-high 791 metres gained, but unfortunately just wasn't enough to avoid the draw and get the Kangaroos their second win of the season.