Australia's #1 independent AFL news source
More
Home AFL News Team of the Round Team of the Week: Round 10 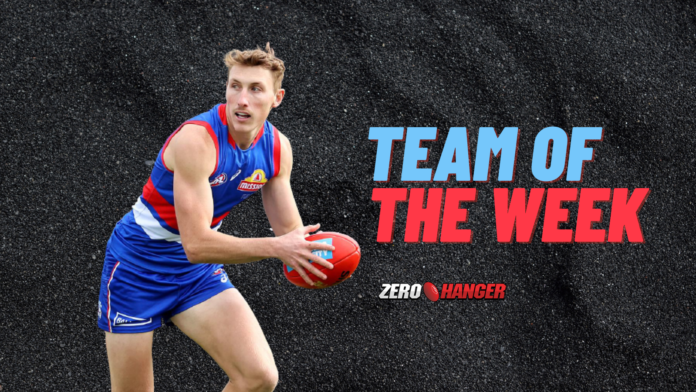 One of the unsung heroes in the Brisbane defensive line, Starcevich takes another scalp.

While his stat line of 17 touches doesn't jump off the page, anyone that can keep Dusty Martin to 17 touches and no goals is worthy of a team of the week nomination.

Really should have had a shave this morning #regrets https://t.co/7a1EdG2Mzu

One of the defensive pillars of a strong Collingwood defence, Roughead kept Port players accountable all game.

Showing his instincts and read of the play, Roughead took 15 marks and 10 intercepts. He also finished with 21 possessions and was one of the main reasons Port Adelaide struggled to score all game.

Dawson had a significant impact on the match collecting 31 touches to go with 10 intercepts and six marks.

Jordan Dawson has been the Swans' best defender tonight. In absolutely everything. #AFLFreoSwans

His greatest impact was with the ball in hand, as he managed a game-high 711 metres gained, leading all players on the ground by over 200 metres. Performances like this explain why the Adelaide Crows are ramping up their pursuit of the 24-year-old defender.

Seedsman was outstanding again finishing the game with 35 touches, 657 metres gained and eight marks having an impact all over the ground.

Paul is putting together a career year, averaging a career-best in both marks and disposals for 2021.

Bailey Dale was one of many who impressed in the Bulldogs domination of the Saints.

His 34 touches were impactful, evident by 1/3 of them (11) leading to score involvements and amassing 761 metres gained.

There's now only 1 player in the league averaging at least 4 rebound 50s and 5 score involvements per game.

His name is Bailey Dale.

With the best game of his tenure at the Blues, Williams was instrumental in Carlton's defence throughout the match.

Williams led all players with 764 metres gained, to go along with 26 touches and eight intercepts. The move back to defence was a big boost for the Blues and Williams. Hopefully, Zac is able to continue this confidence and form and live up to the contract he signed over the off-season.